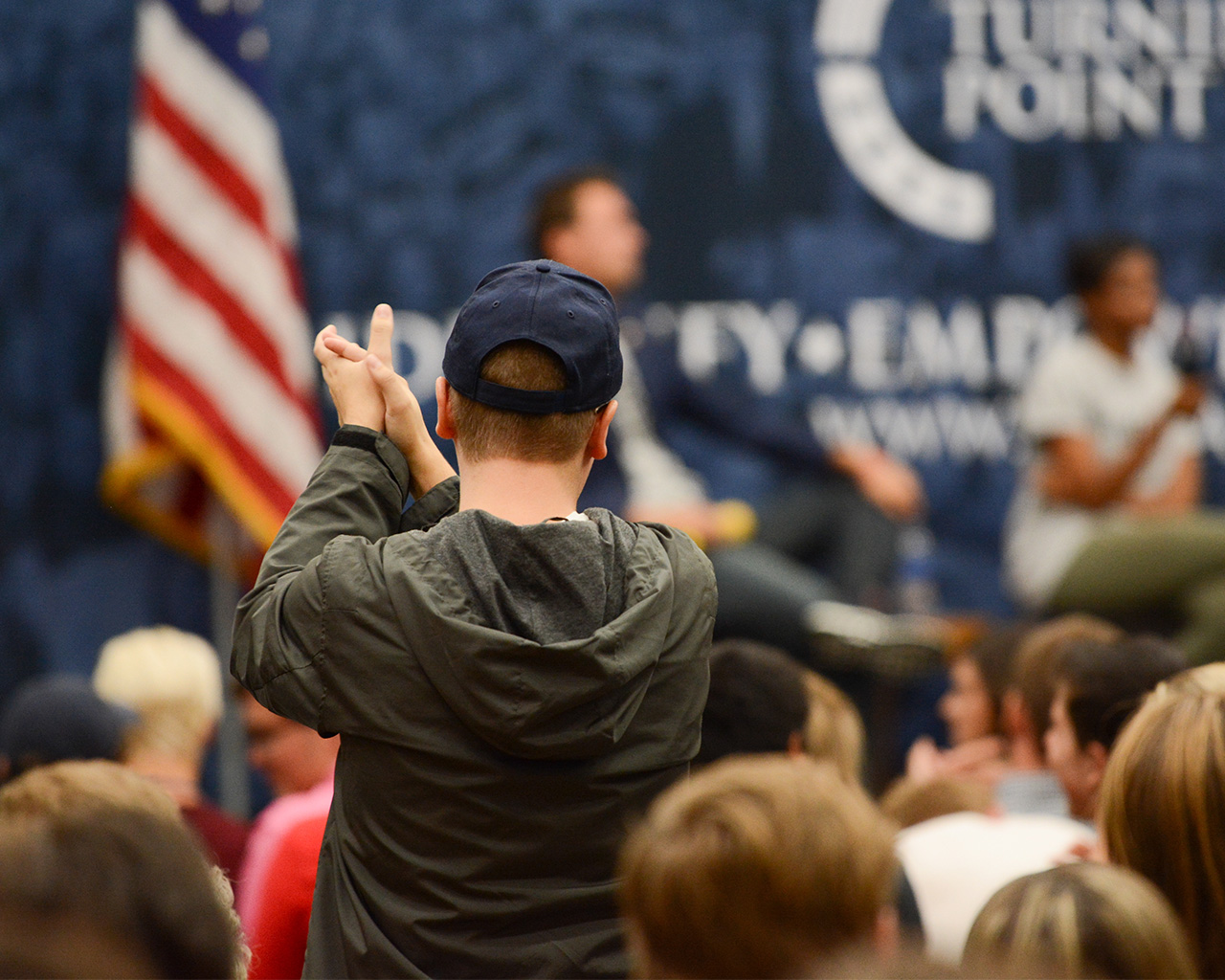 A lot has been said about the perceived censorship of conservative perspectives on U.S. colleges and universities. In most cases, students and professors who identify as conservative, right-wing, libertarian or other right-leaning ideology, claim their views on a particular subject are being undermined by other professors, students, and university administrators.

Those accused of doing the censoring are often labeled as “cultural Marxists,” “radical leftists,” or “social justice warriors” who are part of a larger movement that uses political correctness and identity politics to block different perspectives on college campuses.

The narrative that vilifies lefty educators isn’t new. More recently, it was promoted by Andrew Breitbart, founder of the alt-right platform Breitbart. In a speech at the Heritage Foundation, Breitbart (who passed away in 2012) asks: “Is there a book that does not have haikus about rape, I don’t want to read about rape and oppression?” He then introduces his thoughts on “cultural Marxism on the left” as his “Glenn Beck conspiracy.”

The cultural Marxist narrative, used by far-right activists of all shades, is a conspiracy theory according to which the Frankfurt School, feminism, multiculturalism, and Marxist critical theory present a threat to Western “traditional” values and moral standards. Proponents of the idea argue that academia, Hollywood, and other institutions promote an inversion of values and that these perverted values ultimately lead to the abandonment of traditional institutions like Church and Family.

Those who see themselves as “defenders” of traditional institutions and hierarchies often question the concepts of white privilege and claim neo-Marxist professors dominate our colleges and universities.

Intersectionality, a term used to refer to the “complex and cumulative way that the effects of different forms of discrimination (such as racism, sexism, and classism) combine, overlap, and intersect,” is often redefined by conservative pundits. In a PragerU video, for example, Ben Shapiro, a popular right-wing commentator, describes intersectionality as a “form of identity politics in which the value of your opinion depends on how many victim groups you belong to.”

The video shows a cartoon of an African-American female with a “#1 Victim” ribbon on and proceeds to illustrate a hierarchy of victims in which whites “obviously don’t have victim status.” The central claim of the video is that different political and activist groups (pro-Palestinian, LGBTQ+, Occupy, etc.) are united solely because of their victim status and identity, rather than their “experiences, thoughts, and ambitions.”

Claiming that victimhood is a pretense to gain moral and institutional high ground isn’t an outlandish claim. The problem is that the movements that are usually attacked as a result of this “logic,” Occupy and Black Lives Matter, for example, are based on the very real and pressing threats of corporatism, militarism, environmental destruction, and racism in the U.S.

The notion of “victimhood according to race” is the logical fallacy of those who peddle the narrative of intersectionality as a divisive tool. In the end, they are the ones who end up using identity politics to distinguish themselves and their grievances above those of others. By conjuring a non-existent threat through a well-worn conspiracy theory, conservatives who rail against the “neo-Marxists” in universities end up defending the status quo without having to explicitly support Trump’s policies.

The money trails behind “free speech” campaigns on U.S. campuses expose that behind the “free speech” rhetoric is a well-funded political machine that uses young disciples of Trump to preach neoliberalism to students all over the U.S.

Some of the main enterprises that sensationalize stories about censorship of right wing ideas in colleges are Young America’s Foundation (YAF), financed by the Koch brothers and Amway billionaires, and Turning Point USA (TPUSA), financed by billionaire Foster Friess and the family foundation of Illinois Governor Bruce Rauner.

Young America’s Foundation calls itself “the principal outreach organization of the Conservative Movement” and is associated with the State Policy Network, a web of right wing “think tanks.” YAF’s roster of speakers (whose services are worth up to $20K per speech) includes younger conservative personalities such as Ben Shapiro and Stephen Crowder, as well as old school conservative politicians, writers, and propagandists such as Newt Gingrich, Rick Santorum, David Howoritz, and Dinesh D’Souza.

TPUSA’s founder, the 24-year-old Charlie Kirk, doesn’t hide his close relationship with the Trump family. TPUSA holds several annual national conferences, including the Young Women’s Leadership Summit (YWLS) and the Young Latino Leadership Summit. The National Rifle Association was the headline sponsor of the YWLS in 2017.

Most notably, TPUSA has promoted a “professor watchlist” which lists college professors who allegedly discriminate against conservative students and advance “leftist propaganda” in the classroom.

Pundits from TPUSA and YAF often organize events together and associate themselves with the same media personalities, such as members of the “Intellectual Dark Web” (IDW), a loose group of media personalities and academics who share a common defiance of the “gated institutional narrative” enforced by “media/academia/Hollywood.” This makes IDW members and “free speech” advocacy organizations suitable partners in their fight against the perceived censorship of conservative ideas on U.S. college campuses.

TPUSA and YAF often associate with and promote Intellectual Dark Web-ers such as Dr. Jordan Peterson, which adds credibility to their mission as it shows “renegade intellectuals” are willing to provide implicit support to their message.

Unlike their allegedly “apolitical,” yet very supportive, Intellectual Dark Web partners, TPUSA and YAF operatives publicly support the stances of their right-wing financiers. Their speakers’ support for fracking and deregulation, denying of climate change, and aggressive anti-left rhetoric make them the new faces of the same old neoliberal, corporate-sponsored story. In fact, their talking points rarely differ from those of Ted Cruz, George Bush, or Trump.

Similarly to the Donald, YAF and TPUSA’s operatives use smear tactics on social media to rile up their base. Their speakers rarely talk about the actual issue of freedom of speech in college campuses; instead, their affiliates, who regularly make the rounds on Fox News and alt-right wing media outlets, often toe the line between right-wing ideology and outright agitation.

Some cadres of right-wing propaganda organizations, such as YAF alumnus Steven Miller, are working directly with Trump. The 32-years-old right winger with a checkered past has already gained notoriety thanks to his work in crafting the wildly unpopular Muslim travel ban. Recently, Miller stated that separating children from their parents at the U.S. border was a “simple decision” for the Trump administration.

Many others are following Miller’s path, perhaps hoping that their tweets will be the ones the media talks about and they are the ones who will continue Trump’s legacy.

Clearly, there’s a difference between defending free speech and using free speech as a way to infiltrate campuses across the U.S. with talking points that might as well come from Trump’s administration. There’s little evidence to suggest the efforts of private, billionaire-funded, Trump-affiliated “millennial” conservative organizations like YAF and TPUSA are strictly contained to free speech.

Instead, those who use the issue (because who’d be against free speech?) do so to redefine white privilege and systemic racism, vilify social welfare programs, unconditionally praise capitalism and the status quo, show support for anti-environmental practices such as fracking, and propagate other right-wing talking points. The deliberate infiltration into campuses under the guise of ambiguous courses and a commitment to “open dialogue” has been well-documented by those who study Koch-funded initiatives, operatives, and professors.

While there certainly might be some credibility to accounts in which conservative viewpoints are censored on U.S. campuses, the apparatus that sensationalizes that narrative suggests “free speech” is simply an excuse to rile up Trump’s millennial base and intentionally conflate neoliberal ideology with some sort of a non-existent free speech revolution. Such organizations have succeeded in not only exaggerating the scale of censorship on conservative ideas on campuses (for which there’s no data aside from anecdotal evidence), but also offering their paid, pro-Trump pundits as the solution-providers to issues about free speech on college campuses.

Online marketing plays a significant role in this process, as TPUSA and YAF staff are heavily promoted on YouTube shows like the Koch-affiliated Rubin Report and popular podcasts like The Joe Rogan Experience. Remarkably, hosts like Rubin and Rogan rarely (if ever) bring up the billionaires connected to such organizations and instead choose to present the “free speech” advocates as if they are independent commentators.

No Answer from the Left as Millennials Leave the Democratic Party

As shown above, the neoliberal infiltration in college campuses across the U.S. is not so much about free speech, but an effort to create a right-wing network that propagandizes top-down talking points to students. I suspect this network will eventually turn into a full scale political campaign in support for Trump and a full-time, anti-progressive operation against whoever runs against the Donald.

What is the Democrats’ response? While the right-wing insurgency is arguably succeeding in vilifying progressive ideas through savvy marketing and product placement, the Democratic Establishment is doing next to nothing to offer an alternative to student engagement. In fact, Democrats often belittle and antagonize adults under 40, which has predictably caused them to lose support from the generational cohort. Let’s not forget that Clinton’s campaign manager, Robby Mook, blamed the millennial cohort for Clinton’s loss to Trump.

For the sake of argument, let’s assume there are dangerous and radical leftists who are brainwashing students on campuses. Who are the main funders and media? Is it Comcast-owned MSNBC? Is it the corporate Democrats who seem to always find just enough support to advance Trump’s agenda? Is it George Soros? If so, they are doing a miserable job. In addition, data suggests that left-wingers are the ones being fired for their opinions on college campuses. However, Democrats have yet to acknowledge that their base is being targeted and censored.

To be fair, the Democratic Party has their own versions of YAF and TPUSA such as Generation Progress, a part of The Center for American Progress. Nevertheless, those efforts pale in comparison to the media networks that are pushing right-wing ideas through popular podcasts, YouTube shows, paid pundits, and so on. It’s clear that progressives in the U.S. are not represented by the Party and its affiliate organizations, and there aren’t any significant efforts from establishment Democrats to counter or even acknowledge the right-wing infiltration in U.S. campuses.

Is there a Solution?

A response to billionaire-sponsored mass indoctrination would be to give students real political representation and to create an environment where their voices don’t drown in a sea of platitudes and political operatives looking to “convert” them. The Party that has enough sense to incorporate such principles wouldn’t have to smear anyone or manipulate students into parroting their talking points.

Unfortunately, there’s little institutional interest from either Party to actually engage with students, which is why political campus engagement has been turned into a media spectacle which the right-wingers are clearly winning. 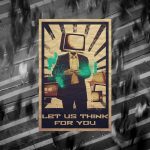 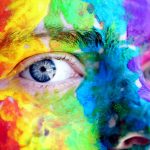 ‘Generation Z’ According to Whom?