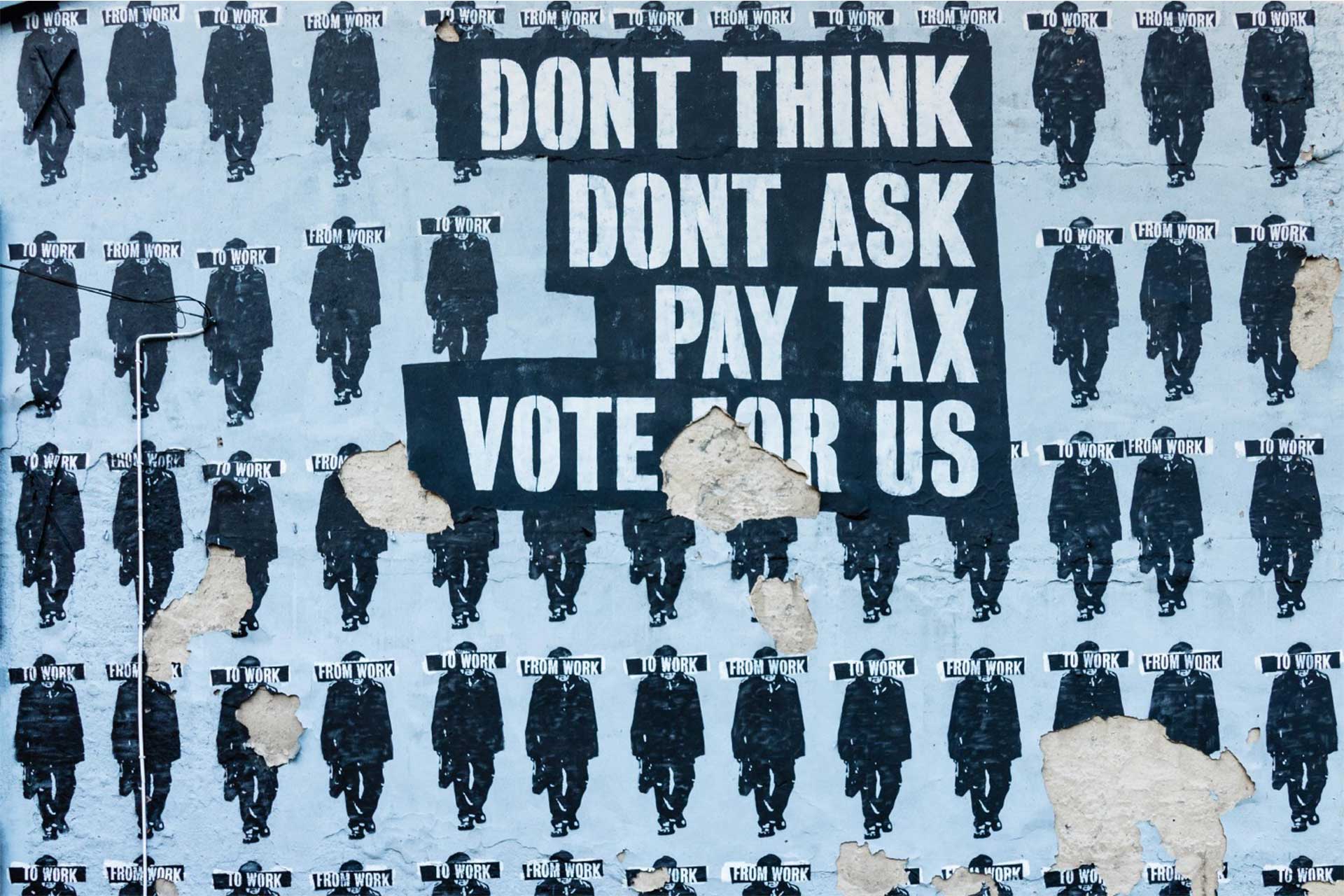 In 2016, Bernie Sanders ran for the Democratic presidential ticket with a message to “get big money out of politics” — focusing on income and wealth inequality, campaign finance reform, universal healthcare, higher minimum wage, affordable college tuition, and other demands with considerable public support.

Bernie’s message for economic and social justice resonated with young Americans. When it was all said and done, the senator from Vermont dominated the 2016 youth vote — Sanders won 29% more votes than Clinton and Trump combined among those under the age of 30. Was his success with young and progressive voters a temporary gain over corporate-first ideology in the Democratic Party, or was it indicative of a wider gap that might threaten the future of the Party as we approach the 2018 midterm elections?

Either way, young people’s discontent with the Democratic Party is as undeniable in 2018 as it was during the coronation of Trump two years ago. A 2018 survey from Reuters indicated that a growing share of voters between 18 and 34 years of age said they were “undecided, would support a third-party candidate or not vote at all” as candidates head into the November elections. The survey of more than 16,000 registered voters (ages 18 to 34) indicated that support for Democrats over Republicans for Congress “slipped by about 9 percentage points over the past two years, to 46 percent overall,” while support for Republicans among those voters has stayed the same compared to 2016.

These findings echo what we saw during the last 2016 elections, when Clinton could not reach Obama-level support among African-Americans, Latinos, and young people, while Trump’s numbers in those voter demographics were consistent with Romney’s when he faced Obama in 2012.

Some attribute young voters’ disinterest in the Clinton-Pelosi-Schumer-Biden agenda to the increasing public support for New Deal policies, promoted by people in the progressive wing of the Democratic Party. A Gallup poll released in August 2018 found that more Democrats view socialism positively than they do capitalism — the first time this has happened in Gallup’s measurement over the past decade. This is a tough pill to swallow for a Democratic establishment that routinely chooses Wall Street over “We the People” in the name of pragmatism. But it’s also a sign of the growing popular support for progressive figures within the Democratic Party who are exerting Sisyphean efforts to reform the donor-owned Party, while trying to court those who have left it.

Of course, there’s no shortage of reasons for anyone, millennial or otherwise, to question the value of capitalism in the U.S. and around the world, be it the skyrocketing costs of college, the massive growth of student debt, the profit-making schemes proliferated through Trump’s war budget and tax policies, and other bipartisan efforts in favor of the U.S. oligarchy.

However, since the ruling class also controls the mainstream media, it also controls how we perceive our economic conditions. Therefore, it shouldn’t be surprising that the message we hear on TV is that the economy is booming and any attempt to radically change how the market operates is a socialist pipe dream. The “socialist millennial” narrative is yet another way for the Democrat and Republican establishments to suppress progressive minority and young voters. This is why criticism coming from the millennial generation is often attributed to “personal assessments” or being naive and idealistic, rather than analyzing the causes behind discontent in segments of the generation.

It’s clear that those who attack progressive candidates and their followers from both sides of the duopoly use identity politics selectively — they frame their targets (millennials, minorities, women, etc.) — and then attempt to “psychoanalyze” the motives behind our decisions and attribute them to a flaw in us, rather than the candidates we are presented with, or the institutions which prop them up.

This is true for Fox News characterizing lefties as elitist and evil, as much as it is true for MSNBC implying Trump’s base is “backwards” and uninformed. In the end, these reductive narratives only harm the public while enriching those in the news business industry, who could care less what Party is in charge as long as the ad revenue is flowing.

The unfortunate thing about the millennial cohort population in the U.S. (defined as those born between 1981 and 1996, according to Pew Research Center) is that we get attacked from both sides of the duopoly—we are either SJW libtards who dare put emotion over fact and logic, or revolutionaries out to nationalize your soul. This process is not new. The top-down hijacking of the millennials’ generational narrative has been in motion since the very coining of the millennial label; the profitization and co-option of the millennial and other generational stories join a long list of suppressed and subverted perspectives in modern society.

Although there are plenty of falsehoods being projected about millennials in the media, one stereotype that is incredibly persistent about “young people” is the claim that we are just not as pragmatic as we should be. Here’s how Ronald Brownstein, editorial director for strategic partnerships at The Atlantic, interpreted young voters’ distrust of Hillary before the 2018 election:

But the message from all of these polls is that Clinton’s problems with younger voters are rooted not in policy but in personal assessments. Big majorities of Millennials, the polls show, view her as untrustworthy, calculating, and unprincipled. Which is another way of saying they have accepted the portrait that Bernie Sanders painted of her during their long primary struggle.

Brownstein’s argument follows a familiar pattern of blaming millennial decisions on “personal assessments.” This talking point was often used by pundits during the 2016 election to obfuscate the actual reasons why Hillary was unpopular among the millennial cohort. Many continue to blame supporters of Bernie Sanders for the Democratic establishment’s failure to defeat Trump.

“For young voters, the foundational issues of our age have been the Iraq invasion, the financial crisis, free trade, mass incarceration, domestic surveillance, police brutality, debt and income inequality, among others,” wrote Matt Taibbi in a March 2016 Rolling Stone article. “And to one degree or another, the modern Democratic Party, often including Hillary Clinton personally, has been on the wrong side of virtually all of these issues.”

In the end, as is tradition, millennials were an easy target to blame for Clinton’s loss to Trump. Although the majority of Americans who fall within the millennial age cohort actually ended up voting for Clinton (she won 55 percent of the 18 to 29 year old vote to Trump’s 37 percent), her campaign manager still blamed “young voters” for the loss.

In a Washington Post article titled “Yes, you can blame millennials on why Hillary Clinton loss,” author Aaron Blake argued that the lack of support for Clinton from those between 18 and 29 (about 5 percent less than millennial support for Obama), was the reason why Clinton lost the 2016 Presidential election. Blake goes on to list how Clinton did even worse than Obama among young voters in states that decided the election — Florida, Michigan, Pennsylvania, and Wisconsin. The author quoted Hillary Clinton’s campaign manager, Robby Mook, who claimed Hillary lost because “where the campaign needed to win upward of 60 percent of young voters, it was able to garner something in the high 50s at the end of the day.”

Another explanation provided by Mr. Mook in the same article was that “younger voters, perhaps assuming that Clinton was going to win, migrated to third-party candidates in the final days of the race.” Since then, Clinton campaign operatives have added a laundry list of other reasons for their loss, spanning from the DNC, Bernie Sanders, James Comey, and “Russian intervention.”

According to Pew Research Center, results from the Presidential election indicated that “the black voter turnout rate declined for the first time in 20 years in a presidential election, falling to 59.6% in 2016 after reaching a record-high 66.6% in 2012.” Although overall turnout actually increased among millennials, black millennial voter turnout decreased from 55.0% in 2012, to 49.4% in 2016. CNN concluded that, although she beat Trump in all three of those categories, Clinton “failed to energize African-Americans, Latinos and the young.”

In 2016, just before the primaries, a leaked audio revealed that Hillary Clinton described some of Bernie’s supporters, many of whom fall into the millennial age group, as “new to politics completely” and “children of the Great Recession living in their parents’ basement.” Clinton urged the audience to not disregard millennial idealism, but to “take what we can achieve now and present them as bigger goals.” In the audio, Clinton questioned whether Sanders’ supporters were informed enough.

“There’s just a deep desire to believe that we can have free college, free health care, that what we’ve done hasn’t gone far enough,” she says in the clip. “And that we just need to, you know, go as far as, you know, ‘Scandinavia,’ whatever that means…and half the people don’t know what that means, but it’s something that they deeply feel.”

The establishment’s characterization of progressive demands as “wanting free stuff” visibly limits the discourse in American politics and shows how the two Parties are alike in their efforts to suppress subversive narratives, be it millennial or otherwise. Such tactics ultimately aim to censor research like that of George Lakey, a former visiting professor for issues of social change at Swarthmore College, whose book Viking Economics makes the case for Americans to adapt a Nordic model of governance in order to reduce the wealth gap and embrace equality in our economic system.

There were no vikings in Hillary Clinton’s book about the 2016 election. She did, however, describe Bernie’s political demands as wanting “a free pony,” while also admitting that her well-paid speeches to Goldman Sachs might have been a mistake on her part. “Especially after the financial crisis of 2008–2009, I should have realized it would be bad ‘optics’ and stayed away from anything having to do with Wall Street,” she writes, “I didn’t. That’s on me.”

The free fall of the Democratic Party has incredible implications for the 2020 elections, when millennials could represent the largest voting bloc in America. Will Democrats have a better engagement plan for the “children of the Great Recession”? If so, will they authentically engage millennials, or strategize how to garner their support in the 60’s percentile? Will Bernie Sanders continue to vouch for a Party that has consistently disappointed and undersold its constituents, or will he and other progressives look for a truly grassroots alternative?

With no strategy to address pressing millennial issues, no clear alternative message, and no specific policy proposals, the Democrats’ relationship with young Americans has devolved into empty platitudes, gaslighting, and a new McCarthyism. This has left a vacuum which is readily filled by freedom-loving, millennial-lead organizations that are eager to prove how the free market, less regulations, and marriage can save America from the “destructive” agenda of the Left. 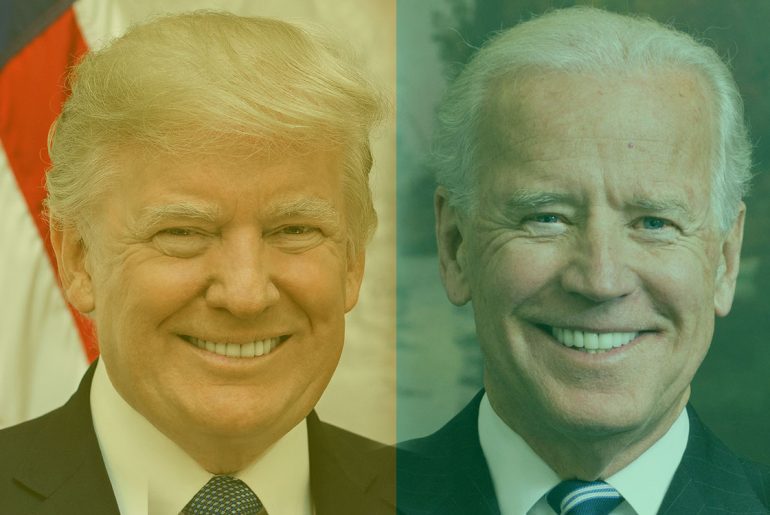 Trump, Biden, and Their Cheerleaders 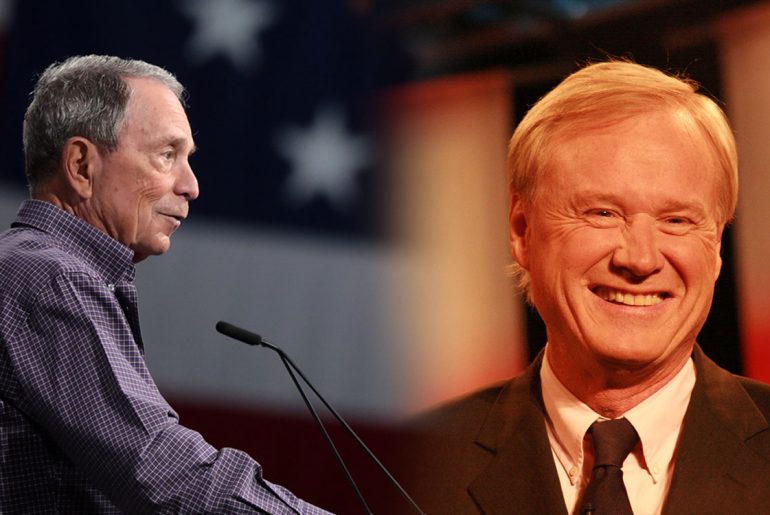