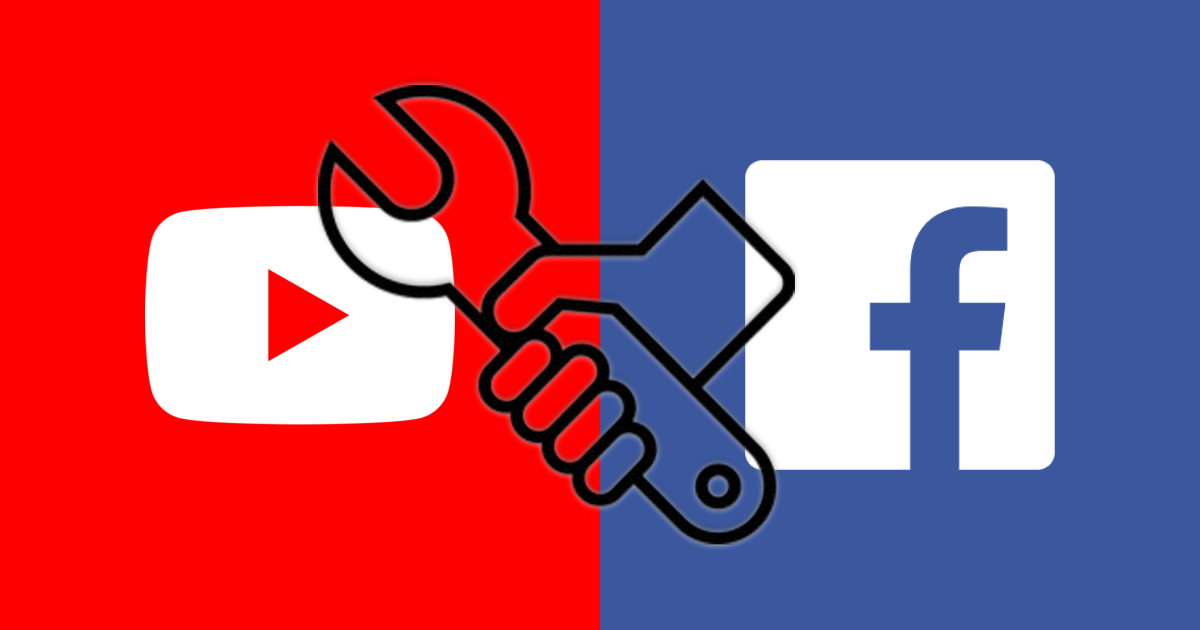 I recently wrote a piece about why I think more people get their news on YouTube, instead of Facebook. “YouTube has its own radicalizing rabbit holes and I’d surely not use it if it weren’t for Video AdBlocker extensions,” I argued, “it’s just that even with these shortfalls Youtube is one of the few platforms that gives users some control over the content they actually want to follow.” Unfortunately, I discovered that YouTube isn’t that much better than Facebook’s profit-driven manipulation platform.

Content promoted by YouTube’s recommendation algorithm is a clear sign, at least to me, that YouTube routinely recommends videos with a right-wing, alt-right, and conspiracy theory bend to its nearly two billion monthly users. The reason? More “watch time” and “user engagement” means more ad revenue, regardless of the garbage that could potentially hold people’s attention these days, which unfortunately happens to include “flat earth” theories and white nationalist propaganda videos.

YouTube and Google have miraculously avoided being dragged into the international scandal that has enveloped Facebook. Just in November 2018, Zuckerberg and his team had to face a scathing New York Times report on how the company hired a Republican opposition research firm to smear George Soros; about ten days later, Facebook was forced to hand over internal documents regarding data and privacy to the British Parliament.

While exposing Facebook’s predatory practices ultimately benefits the public, the platform’s downfall isn’t going to automatically repair the harm it has caused to all of us through its profit-above-humanity business model. To truly eradicate social media companies’ effect on our lives, we have to counter the ways in which their design, ad structure and dopamine-driven feedback loops manipulate us, and nurture habits that would eventually make profit-driven social media monopolies obsolete.

Simply put, this means removing Facebook, Twitter, Instagram, and YouTube’s “curated,” meaning sponsored or artificially amplified, content from our daily lives — something that I’ve wanted to do for a while, but was inspired to actually do after my research into the topic.

My YouTube homepage is now empty — there are no recommended videos on it or around the single video page. This means less ad money for YouTube and more sanity for me. My Facebook toolbar is now pink. Through FB Purity, I removed the Facebook chat feature and extended the length of the posts, which made it easier for me to become mindful of its effects on me. Essentially, I externalized Facebook’s ugliness and added a touch of personal flair as a constant reminder of its inherent manipulation mechanism.

Another application that helps curb propaganda on social media is Nudge, a Chrome extension that lets users know how long they’ve been on a website, allows them to delete their Facebook newsfeed, and hides distracting parts from websites, among other gifts from the heavens.

Here’s how my YouTube and Facebook look now, after the combined efforts of good people on the Internet:

Now that I have removed Facebook and YouTube’s ads and recommendations through a Chrome extension and FB Purity, I realize that my ad and recommendation-free social media experience feels a bit boring. This isn’t a bad thing. When it comes to getting our news, I’d definitely go with “boring” to letting YouTube, Google, or Facebook control what video or post is “up next” for me.

In addition to making my news experience the perfect snooze fest, there’s something to be said about how much better looking and minimalist those platforms became after I purged the product peddlers from my feeds. Come to think of it — I would pay for this kind of experience — and many others would too, which is precisely what tech pioneers like Jaron Lanier recommend as one solution to Facebook’s dilemma, in addition to simply deleting your social media accounts until there’s a platform that actually values its users.

Here’s how Buddhist teacher Jack Kornfield describes our relationship to boredom in his book “A Path With Heart: A Guide Through the Perils and Promises of a Spiritual Life”:

Usually we are afraid of boredom and will do anything to avoid it. So we go to the refrigerator, pick up the phone, watch TV, read a novel, busy ourselves constantly in an attempt to escape our loneliness, our emptiness, our boredom. When we are without awareness, it has a great power over us and we can never be at rest. Yet we need not let boredom run our lives this way. What is boredom when it is experienced in itself? Have we ever really stopped to look at it? Boredom comes from lack of attention. With it we also find restlessness, discouragement, and judgment. We get bored because we don’t like what is happening or because we feel empty or lost. In naming it, we can acknowledge boredom and let it be a state to explore.

What we initially perceive as boredom due to a lack of external content “surrounding” what we actually want to read or watch on social media, is just a reminder that platforms like Facebook and YouTube control way more of our news than most of us realize. When we remove the sponsored ads and dumb recommendations from our experience, we are left with the realization that we are in control of what we read and watch next. This is a powerful and liberating feeling, but impossible to achieve without gaming Facebook and YouTube’s psychologically manipulative designs.

By protecting ourselves from Facebook and Google’s recommendation algorithms, we become more connected to our immediate reality and to each other. Instead of following the path of mysterious algorithms, we can focus our attention on what matters to us.

Brace yourselves! Male pundits in their 50’s are talking about ‘the Millennials’ again