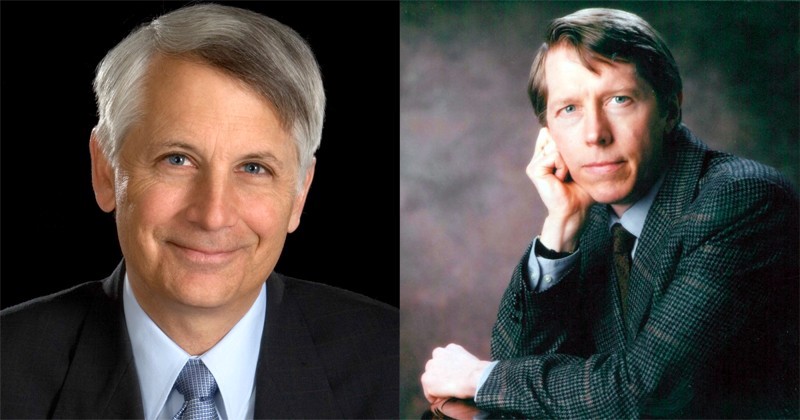 Coining the Millennial Label, or How Two Men Promoted a Predefined Narrative about Generations

The coiners of the millennial generational label are William Strauss and Neil Howe, two amateur American historians who have published numerous books on generations. They first used the phrase “millennial generation” in their 1991 book Generations: History of America’s Future, 1584 to 2069. The writers chose “millennials” as the name, because they figured the youngest cohort in their book would be graduating from high school around the year 2000.

At the time, Strauss, who passed away in 2007, was director of Capitol Steps, a satirical singing group, and previously worked as a policy director for the U.S. congress. Neil Howe worked as a senior adviser for the Concord Coalition — a group that is dedicated to addressing “long-term challenges facing America’s unsustainable entitlement programs,” and senior policy adviser for The Blackstone Group — a multinational firm that specializes in private equity, credit, and hedge fund investment strategies.

As their credentials illustrate, Strauss and Howe weren’t some sort of mystical gurus who had uncovered hidden knowledge about our past and future, nor were they researchers whose work has been seriously analyzed by the scientific community. They simply used selective historical analysis, previous research on generations, and a pop sociology narrative to sell their interpretation of American history.

In 1997, Strauss and Howe published one of their most popular books, The Fourth Turning: An American Prophecy. The book expanded Strauss and Howe’s ambitious theory about how modern history can be viewed in cycles, each one lasting about the length of a human life and composed of four eras — or “turnings.” If we were to believe Strauss and Howe’s prophecy, then millennials are a “hero” generation currently living in “the crisis” turning.

Notably, The Fourth Turning inspired Trump’s chief propagandist and notorious white nationalist Steven Bannon to use the concept of “turnings” as the foundation of his 2010 documentary Generation Zero. The documentary, which has 3.8 out of 10 on IMDB, presents “the little told story of how the mindset of the baby boomers sowed the seeds of economic disaster that will be reaped by coming generations.”

Generation Zero was produced by Citizens United, the conservative nonprofit organization which brought the Citizens United v. Federal Election Commission case that ultimately made it easier for corporations to unfairly influence the U.S. electoral process with vast sums of money.

Perhaps it makes sense that the organization responsible for finishing up the corporate takeover of the U.S. government financed Bannon’s propaganda documentary. It is equally fitting that the person who contributed to Trump’s rise used Strauss and Howe’s theories as a vessel for his agenda.

When asked about working with Trump’s ex-Chief Strategist in 2017, Howe said that he doesn’t know him well, but has worked with Bannon on several film products, ahem, projects:

By challenging the legitimacy of our experiences and turning them into a tool for psychological manipulation, and combining that with the power of 24/7 BREAKING news, non-falsifiable generational theories have become a useful weapon for political operatives.

Yet, most articles about the millennial generation simply list Strauss and Howe as the coiners of the label and leave it at that. In doing so, media companies and commentators on both sides of the political spectrum ignore the top-down context of the millennial label, which is what allows them to run fake news about generations in the first place.

The popularity of Strauss and Howe’s books made the two amateur historians prominent figures in the lucrative Generation Industry. Although they failed to woo the academic world with their ambitious combination of history and prophecy, their theories and services were well received in U.S. politics, corporate media, the financial sector, advertising, and wherever else speculation and “exclusive” generational insights can be sold to the highest bidder.

Former Vice President Al Gore — who graduated from Harvard University with Mr. Strauss — liked the book so much he allegedly sent a copy of Generations to each member of Congress.

Establishment support, combined with an onslaught of top-down generational narratives projected on corporate media, made it acceptable for anyone to make sweeping generalizations about tens of millions of people — often, solely on the basis of their age.

How did Howe and Strauss get away with not only defining, but characterizing generations decades into the future? As pioneers in the field they helped create, the amateur historians have no trouble addressing the more obvious weaknesses of their generational theory. They readily admit that their analysis does not mean generations are “monochromatic.” Their counter argument is that, when considered as “social units,” generations are “far more powerful than other social groupings such as economic class, race, sex, religion and political parties.”

In Millennials Rising, published in 2000, Strauss and Howe defend the selectivity in their work by arguing that generations are not about the “bits and pieces,” but about the “social and cultural center of gravity” of a generation. “For any new generation, like for any young and thriving and mortal organism, its direction of change can be more important than its current location,” they write, “It is a generation’s direction that best reveals its collective self-image and sense of destiny.”

You can guess who gets to define where that “social and cultural center of gravity” falls and what that “direction of change” may be.

In the same book, Strauss and Howe attribute the growing gap in average incomes to the “rise of knowledge-intensive innovation and quickening of immigration and global trade,” which has “widened the market-determined spread between high and low wages.” Later in the book, Strauss and Howe claim that the millennial black-white disparity is “mostly due to the lower share of black kids growing up in two-parent families than white kids.”

In the book, Strauss and Howe make a contrast between two sets of kids — those with “two-income Boomer parents — highly educated soccer moms, bursting stock portfolios, and gift-giving grandparents” and those with “one-income Gen-X parents, many of them never-married black moms or recent Latino immigrants.”

Notably, the authors fail to mention how government policies can mitigate the effects of inequality to the poor and the middle class. Their narrative mixes generational lingo with the kind of trickle down economic analysis millennials, in particular, have heard for decades with little results.

Strauss and Howe’s creative freedom to not only define millennials, a generation they are not a part of, but to also define the economic conditions in which we grew up, is at the heart of everything that is wrong with clickbait content on generations. Instead of understanding the nuances within generational cohorts, such efforts encapsulate our identity into a predetermined economic and ideological framework.

It should be mentioned that before publishing his generational sagas with Strauss, Neil Howe co-wrote a book with Peter Peterson, ex-Chairman and CEO of Lehman Brothers and co-founder of The Blackstone Group, who passed away in 2018. Their book, On Borrowed Time: How the Growth in Entitlement Spending Threatens America’s Future, argued that “by sacrificing the future in order to pay ever-larger federal benefits through programs such as Social Security, Medicare, and federal pensions, entitlement spending has become a crushing burden to American workers.”

Peterson, a former Nixon man and one of America’s most influential billionaires, had notoriously invested millions of dollars into the idea that tax reforms should “grow the economy” or else future generations will be “stuck with the bill” of our growing deficit.

By presenting debt as an issue that can only be solved through his idea of fiscal responsibility, Peterson’s media companies used the sentiment that “America is broke” to push for entitlement reforms, which is doublespeak for cuts in Medicare, Medicaid, and Social Security, or at the very least a framing of economic issues that is favorable to corporations. Similarly to most top-down, reductive content on generations, Strauss and Howe’s alternative theories have little to offer when it comes to understanding millennials, or engaging us in a dialogue that broadens public perception of what it means to be a millennial. That was never in the cards.

The millennial label owes its birth not to an inclusive, democratic dialogue, but to the books of two white, male American authors who not only took it upon themselves to define generations in the U.S., but to also predict the historic, economic, political, and cultural context affecting those generations for decades to come.

“What we think that politicians or marketers, in particular product salesmen who are concerned about how to reach generations, should think about as they read our book and try to decide how to get elected or launch a new product line,” says co-author William Strauss in a 1991 CSPAN interview, “…is look real hard at the section of our book that will certainly be most controversial with historians. That is, we have a 50 page chapter on what the future of the cycle will be…we call it ‘Completing the Millennial Cycle’.”

Strauss and Howe’s work culminated into “Lifecourse Associates,” a “publishing, speaking, and consulting company” that interprets the “qualitative nature of a generation’s collective persona to help managers and marketers leverage quantitative data in new and remarkable ways — and to lend order, meaning, and predictability to national trends.”

Looking up derivatives of the writers’ work shows where their ideas found a home. The first result on YouTube is an interview on Hedgeye — ”a bold, trusted, no-excuses provider of actionable investment research and a premier online financial media company,” where Howe is currently Sector Head; the second result is an interview on TRUNEWS — the “world’s leading news source that reports, analyzes, and comments on global events and trends with a conservative, Christian worldview.”

The profitization and co-option of the millennial and other generational narratives joins a long list of suppressed and subverted narratives in modern society.

What does this mean for those who fit the label, but are not interested in the reductive image of millennials? We can either 1) continue to believe in the generational narratives perpetuated by corporate media, 2) ignore or negate what is said about millennials or 3) define what it means to be a millennial through individuals and organizations that portray the complexity of the millennial population and identity.

If our story is not being told by either Party or the corporate media, let’s create independent media which will provide millennials and their allies with opportunities for authentic dialogue and free expression. If our narrative is being co-opted and manipulated by corporate and government propaganda, let’s expose those who create and finance it — from those who sensationalize millennials for ad revenue, to organizations which institutionalize the millennial experience only to engineer consent on behalf of all of us.

Most importantly, let’s show up in our own story — not as predefined people who sit on the sidelines of our narratives, but as human beings who can creatively and intelligently use the opportunities of the new millennium to find a common purpose that places humanity over profit.

This article was originally published as part of a larger piece: “The Millennial Label: Distinguishing Facts from Fiction.”

Brace yourselves! Male pundits in their 50’s are talking about ‘the Millennials’ again 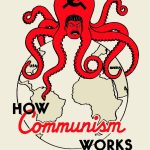