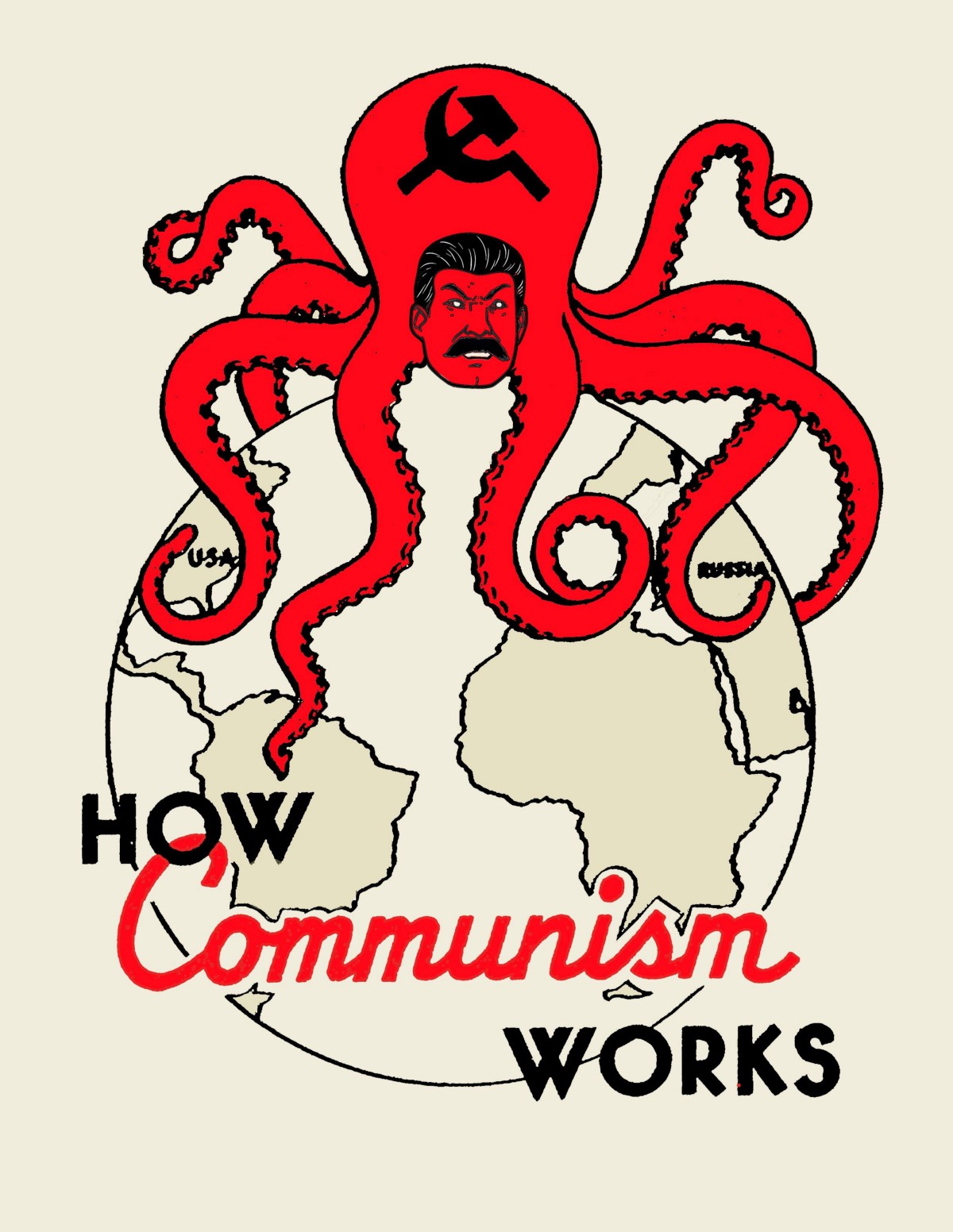 It is 2018 and U.S. Republicans and Democrats, and their media representatives, have joined forces to warn the public about people in the millennial generation, defined as those born between 1981–1996, who support socialist policies and identify as socialists.

This isn’t much of a surprise. The “millennial” and “socialist” labels are routinely used in corporate media to manipulate public opinion. What’s relatively new is how those two sentiments are used in conjunction against progressive, inter-generational movements and demands. Now that the oldest millennials are approaching their 40’s, it makes sense that a bipartisan coalition of Concerned Capitalists and Culture Creators has decided to, once again, tell the public how the “young militants” are threatening U.S. “democracy.”

In doing so, dozens of political operatives, public figures, and “digital influencers” have exposed their lack of knowledge about issues millennials face today, and revealed their willingness to hijack the millennial generational narrative for political and private gains.

In addition to targeting people based on their biological makeup (the bread and butter of generational and other bullshitters), corporate pundits are now adding the “threat of socialism” to their fairy tales about millennials.

The strategic coupling of propaganda about millennials and socialism has been decades in the making — authentic, bottom-up accounts about our collective generational knowledge, and what could come out of this knowledge, have been routinely bastardized, subverted, and whitewashed in corporate media. This is how media companies have sustained the illusion that individual “geniuses” paraded on TV know more about our identity than we do.

The trick is to present socialism, generational theory, and other concepts that are potentially threatening to the status quo, not in terms of bottom-up representation of millions of people, but as topics that are exclusively reserved for vetted pundits from the New York Times, Wall Street Journal, The Atlantic,and Bloomberg.

By placing our collective generational knowledge in a top-down framework, generational “experts” get to control who is allowed to talk about the “millennial socialists” and in what context.

This is why it’s not Marxist professors or Pew researchers who are called upon to explain why people of all ages are becoming interested in socialism. That job is delegated to financial advisers, political commentators, opinion writers, digital influencers, moral psychologists, and other “thought leaders” who are favored by corporate media.

The results are as bad as one could expect from voyeuristic, inauthentic narratives about millions of people. Most articles about millennials are defined speculations of profit-oriented consultants and little to no input from people in the cohort. This is because those who sensationalize generational and political narratives don’t intend to deepen the reader’s knowledge on the subject. Their goal is to cast a net over millions of people in order to influence different parts of their identities and manipulate their perceptions.

The Power of Anti-Communism

Did you know that millennials are unhappy with the status quo, because we can’t remember America’s “extremely unifying” anti-communism movement? At least that’s what Jon Hartley, a self-described millennial and Jeb Bush’s 2016 economic adviser, wants us to believe in his recent Fox News article, titled “Millennial socialists have a lot to learn from George H.W. Bush’s legacy.”

In the piece, Hartley argues that “his generation” is more favorable toward socialism, because it is the first generation “to be ignorant of the anti-communist legacy of Bush and his predecessor, President Ronald Reagan.” After expressing his regret that our collective memory does not involve the crushing of America’s socialist and communist movements, Hartley laments about how shameful it is that young progressives have no memory of Team Democracy.

“It’s a shame that millennial socialist leaders, like 29-year old congresswoman-elect Alexandria Ocasio-Cortez, have no memory of the horrible legacy of the communist regime that was responsible for the deaths of over 50 million people…” writes Hartley for Fox News, “…and no memory of those who fought against it like our 41st president.”

Similarity to other right-wing opinion pieces, Mr. Hartley finds it appropriate to link a progressive politician’s political beliefs to the “deaths of over 50 million people” — a ridiculous argument that nevertheless finds wide support in liberal and “centrist” circles.

In the end, Hartley arrives where the Fox News editors wanted him to arrive in the first place — at the polarizing crossroads of anti-progressive rhetoric and generation-related propaganda. What political operatives understand very well is that a self-proclaimed millennial smearing his generation bolsters Republican efforts to engage young people by creating, and then exploiting, fictitious cultural divisions. This is often done by using selective historical facts and projecting them onto those who dare to be on the left of corporate-controlled Democrats.

While Fox News’s role as official stenographers for the Trump regime explains why their opinion writers are suddenly rediscovering the 80’s, liberal news outlets are just as culpable in manipulating public opinion about millennials.

“The younger militants tend to have been influenced by the cultural Marxism that is now the lingua franca in the elite academy,” recently wrote conservative pundit David Brooks in the New York Times’s opinion section. Similarly to right-wing propagandists who routinely hijack the millennial generational narrative and use it for their own gains, Brooks doesn’t find it necessary to mention how record student dept, depression, and poverty are affecting the millennial cohort. There’s no mention of the fact that young people today have “much less money than Gen Xers and baby boomers had when they were young,” as a recent study from the Federal Reserve has found.

Instead, Brooks uses his platform to spread anti-Semitic conspiracy theories about tens of millions of people to New York Time’s readers.

As with Hartley’s piece in Fox News, Brooks’s opinion article has little to do with the millennial generational cohort. Anyone who spends even an hour studying how generations are defined would have a more informed opinion, than after reading Brooks’s musings on how “older liberals” and “young millitants” breathe different “atmospheres.”

Unfortunately, the Democratic Party’s leadership is just as clueless as New York Times’s opinion editors when it comes to addressing millennials’ reality. At a 2017 CNN town hall, Trevor Hill, a New York University sophomore, presented Democratic House Minority leader Nancy Pelosi with the results of a Harvard survey which found that 51 percent of respondents between ages 18 and 29 do not support capitalism.

After introducing the survey and admitting that he sees the younger generation as moving “to the left” on economic policies, Trevor asked Pelosi if Democrats can make “a more stark contrast to right wing economics.” Pelosi’s response was swift and reassuring. “Thank you for your question, but I have to say we’re capitalists, that’s just the way it is,” she replies in the exchange.

The point here isn’t to blame Pelosi, the fourth-richest Californian in Congress, for her love for capitalism. It’s to show that Democratic leaders aren’t willing to consider, or even pretend to consider, what a “stark contrast to right wing economics” could look like. Democrats’ inability to represent the millennial generational cohort was made painfully obvious in 2016, when corporate media smeared Sanders supporters of all generations.

As 2020 rolls around, it’s easy to see how Democrats and their vetted media personalities could align even more closely with their Republican millennial-bashers, and attempt to once again divide millennials from the top-down. That is, if someone who represents the working poor is allowed to challenge whomever is approved by the Democratic elites and their donors.

It’s clear that those who attack progressive candidates and their followers from both sides of the political duopoly use identity politics selectively — they haphazardly frame their targets (millennials, Russians, muslims, refugees, minorities, women, socialists, etc.) — and then attempt to “psychoanalyze” the motives behind our decisions and attribute them to a flaw in us, rather than the political puppets we are presented with.

The problem is that both Democrats and Republicans are working to undermine progressive, inter-generational movements — usually through pushing misinformation campaigns through corporate news, social media ads, Twitter accounts, partisan nonprofits, and other outlets that are subservient to them and their donor class. While this arrangement works well for Republicans and their “Socialism Sucks” youth propaganda, Democrats are facing the real possibility of alienating large segments of the next generation through their unwillingness to consider an alternative course for the U.S.

One would think that Democrats would be able to provide an alternative vision to massive child imprisonment and supporting a murderous dictator, but their willingness to compromise with Trump, while amplifying xenophobic rhetoric against Russia, shows they might be more comfortable with his administration than they’d like to admit. As far as corporate media is concerned, the lack of direction coming from the Democratic side means there’s plenty of room to smear those who propose concrete alternatives.

To be clear, I don’t believe there’s a nefarious conspiracy against young people. The millennial label is simply a way for the corporate sector to target proposals with wide millennial support, such as a living minimum wage, no Big Money in politics, Medicare for All, and a Green New Deal.

Shaping public opinion about tens of millions of people happens regularly outside of politics. Want to sell your credit card? Promote your luxury brand? Gain some millennial cred? Simply invest in “paid media” — the latest marketing iteration of what’s essentially corporate propaganda — and evoke emotions about millennials that will make your “brand” more favorable. This is one of many ways the corporate state and its media outlets manipulate public opinion about taxes, foreign policy, environmental destruction, police brutality, racial justice, and other issues.

A way forward for those in the millennial generation and our fellow brothers and sisters is to deepen each other’s understanding of our collective inter-generational opportunities, and expose those who use generational lingo to misinform, manipulate, and divide the public. 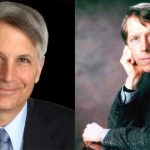 Coining the Millennial Label, or How Two Men Promoted a Predefined Narrative about Generations 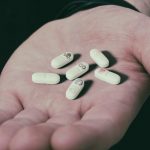 The Companies We Support Are Sinking Money in Facebook Ads