March 15, 2019. Another mass shooting. This time in Christchurch, New Zealand. Two mosques targeted — 51 dead. Another mysteriously radicalized white man with a manifesto. Another attempt to use social media as a platform and a scapegoat. The shooting was streamed live on Facebook.

Due to the high frequency of mass shootings in the United States (the U.S. holds 31% of global mass shooters), media outlets have fallen into a particular routine after such horrific events take place.

If the shooter isn’t white, the media is more likely to link them to a terrorist organization and blame the attack on radical Islam, even before any of the details are known. The policies and procedures are much different when, as was the case on March 15, the mass shooter is a white man with a mission to get rid of “invaders of the West.” In such cases, establishment media, and right-wing pundits in particular, often focus on the family of the shooter and label them a “lone wolf.”

Social media platforms have made it easy to observe mass shooters’ media habits, which have revealed the obvious — if you promote anti-Muslim and xenophobic rhetoric, you will attract domestic terrorists.

For example, Ben Shapiro, a U.S. conservative talk show host who has previously claimed that a majority of the world’s Muslim population is “radicalized,” was visited the most on Twitter by Alexandre Bissonnette, before Bissonnette killed six men at a Quebec City mosque in January 29, 2017. Prior to the attack, the shooter also researched Trump’s “Muslim travel ban” and paid close attention to Donald’s Twitter feed. In a report on the contents of the shooter’s computer, police said “his consumption of right-wing and far-right material influenced his opinion on immigration and the presence of Muslims in Quebec.”

“Now I have 1.4 million Twitter followers so I guess the idea from the left is that if somebody sees enough of my tweets they’re inevitably going to become a terrorist,” Shapiro wrote in his defense. “Weird that I don’t have a spate of enormous terrorism across the country thanks to my Twitter followers.”

Obviously, seeing someone’s tweets can’t make you a terrorist, but it can tell us to whom potential mass shooters are paying attention . In addition to checking up on Shapiro, the Quebec shooter followed the accounts of “Tucker Carlson and Laura Ingraham, Fox News personalities; David Duke, the former leader of the Ku Klux Klan; Alex Jones of Infowars; conspiracy theorist Mike Cernovich; Richard Spencer, the white nationalist; and senior White House adviser Kellyanne Conway.”

Predictably, the reaction from mainstream right-wing media has been to turn the issue into a partisan dispute and blame the Left, rather than expose the obvious connection between mainstream conservative media (aka themselves) and far-right organizations and individuals.

At this point, however, no amount of damage control could hide right-wing media’s connection to extremism — mostly because the shooters themselves keep involving right-wing pundits as part of their savage acts. In his 74-page “manifesto,” the Christchurch shooter wrote that Candace Owens, communications director for a youth pro-Trump organization, was “the person that has influenced me above all” (a claim that seemed intended as a joke).

“LOL!,” Candace Owens wrote on Twitter in her response to being mentioned in the manifesto. “FACT: I’ve never created any content espousing my views on the 2nd Amendment or Islam. The left pretending I inspired a mosque massacre in…New Zealand because I believe black America can do it without government hand outs … LOL!”

Owens’s Twitter followers were quick to present examples of tweets in which she urged France to defend against a “Muslim majority” and claimed “Europe will fall and become a Muslim majority continent by 2050.” Owens specifically mentioned “birth rates” in her warning about a Muslim invasion of Europe.

He might have been trolling Owens and mainstream media in general, but the shooter made it clear why he chose to kill dozens of people — and it sounded very similar to the talking points we’ve heard from the right:

If there is one thing I want you to remember from these writings, its that the birthrates must change. Even if we were to deport all Non-Europeans from our lands tomorrow, the European people would still be spiraling into decay and eventual death

Mainstream conservative and liberal outlets were quick to dismiss the latest attention-seeking rant as “trolling,” but the document is very much in line with alt-right’s use of irony and humor to justify violence. “While jihadist groups tend to seek superiority through religious justification and perceived piety, the alt-right show dominance by being as outrageous and darkly ironic as possible,” Professor Barton, an expert on terrorism from Deakin University, told The Sydney Morning Herald.

The heavy irony and meta jokes in the terrorist’s writings, sent to New Zealand’s Prime Minister shortly before the attack, can’t hide the fact that, in it, he clearly conveys a belief that he is being invaded. This is where right-wing media operatives are most complicit, as they specialize in creating and spreading a perception of being “taken over” by globalists, Marxists, immigrants, and other boogeymen.

“This individual was not inspired to do this in a vacuum. He had influences and when you read his manifesto, it’s very clear what those influences are, in the sense that they have the same preoccupations and the same tone of racial paranoia and racial threat,” said Murtaza Hussein, reporter at The Intercept.

Here we see another parallel with the 2017 shooting in Quebec — during his confession, Bissonnette felt that Muslim immigrants would “kill” him if he didn’t do anything. “Yes, I was listening to TV, and we knew that the Canadian government was going to take more refugees, those who would not be admitted to the United States would be here” he said in his confession.

If extremist right-wing forums, where racists and Nazis share pictures of themselves with confederate flags and guns, are a stage for potential mass shooters, right-wing media is the music in the background—buzzing with implicit support for the racist and militarist agenda of the far-right, but constrained, so it doesn’t scare potential conservative voters who don’t realize the full extent of the operation they are supporting.

Perhaps these restrictions are what makes mainstream right-wing media so prone to trolling from mass shooters. Extremist understand the game conservative pundits have to play to remain viable, so they implicate popular right-wing show hosts in an attempt to blur the line between right and far-right ideology.

It’s easier than ever to cross from mainstream conservatism to radicalizing content due to platforms like YouTube, where sensationalism, outrage, and conspiracies generate the most “watch time” and are thus most recommended by YouTube’s algorithm. Therefore, it wasn’t a total surprise when the mass shooter started his killing spree with a catch phrase from a famous YouTuber — PewDiePie — an alias used by Felix Kjellberg, a Swede whose channel has been criticized for having “anti-Semitic and Nazi imagery in his videos.”

While we can’t blame YouTubers and political pundits for the actions of mass shooters, we should acknowledge their role in facilitating access to far-right thought.

For example, let’s say a kid is looking for video game commentary on YouTube and stumbles upon PewDiePie’s channel. After subscribing, the kid views a video where the host is glorifying the aforementioned right-wing personality Ben Shapiro. If the kid chooses to subscribe to Shapiro’s channel (which is the whole point of his appearance on PewDiePie), the “Featured Videos” on the kid’s YouTube homepage will now include gems like “Ben PROVES capitalism is more moral & more efficient” and “Shapiro demolishes & humiliates little socialist comrade.”

The hateful comments under such videos, like “This wasn’t a fair fight, the kid got slaughtered in minutes,” illustrate just how easy it is to go from PewDiePie’s dumb meme videos to conservative propaganda specifically targeting young, white men.

The right-wing colonization of social media is a sign of the mutually beneficial relationship between Silicon Valley and youth propaganda groups in the U.S. What channels like PewDiePie, with tens of millions of subscribers and an ambiguous moral compass, represent to right-wing groups is a list of potential converts that can be easily targeted by creating a resonating message — which is why Shapiro’s appearance on PewDiePie was about memes and not politics.

You’d think all of this activity on the right would be matched by efforts on the left to actually address mass shootings and right-wing terrorism. Unfortunately, however, the U.S. Democratic establishment has embraced the notion that right-wing extremism is comparable to violence on the left, even though seventy-one percent of the 387 “extremist related fatalities in the United States” from 2008 to 2017 were committed by members of far-right and white-supremacist groups, according to the Anti-Defamation League’s Center on Extremism. Islamic extremists were responsible for 26 percent of those fatalities.

Similarly, Democrats haven’t challenged the popular right-wing claim that there’s a free speech crisis on U.S. campuses that censors conservative viewpoints — another manufactured narrative that works in favor of Trump and his coterie of propagandists.

Nevertheless, Democrats can’t hide the fact that three right-wing militiamen from Kansas were found guilty of a conspiracy to kill Muslim refugees in 2016, because of Trump’s campaign rhetoric. They can’t ignore the Trump supporter who was arrested for mailing bombs to high-profile figures within the Democratic party. They can’t makes us forget that last year a right-wing extremist killed 11 Jewish Americans inside of a Pittsburgh synagogue.

Just last month, a United States Coast Guard officer was arrested for “plotting to assassinate Democratic members of Congress, prominent television journalists and others.” The officer, a self-proclaimed white nationalist, was inspired by Andres Breivik, a right-wing Norwegian terrorist who killed 77 people in 2011. The Christchurch shooter also listed Breivik as his biggest inspiration.

Among Breivik’s self-reported motivation is his belief in “cultural Marxism” — an anti-Semitic conspiracy theory that, wildly enough, has been normalized in U.S. establishment media. For example, David Brooks, an opinion writer for The New York Times wrote in November, 2018, that the younger generation is “influenced by the cultural Marxism that is now the lingua franca in the elite academy,” while a plethora of conservative pundits have utilized the conspiracy to vilify progressives and to keep moving the political center in the U.S. to the right.

If a conspiracy theory promoted by one of the most notorious mass shooters of our times can be embraced so effortlessly by conservative and liberal media in the U.S., what can be said about content that actually aims to radicalize those who are most susceptible?

It’s clear that right-wing propaganda in the U.S. resonates with extremists around the world, and is amplified by private, profit-driven “social” media companies. Whether the resonance happens through memes, podcasts, clever editing, or click-bait headlines isn’t as important as the larger issue of institutionalized racist and xenophobic rhetoric in U.S. politics and media.

Fascist and militarist rhetoric in our society won’t be countered by America’s oligarchy which, as we’ve seen, is more than willing to overlook mass human suffering for short term profits. We need to look beyond the dog show presented as “breaking news” on TV and recognize our political climate for what it is — an environment where media companies and personalities have embraced Trumpism in the name of “diversity of opinion” and profit, only to backtrack when they are directly or indirectly implicated in the twisted world of mass shooters and Trump-inspired bigots. 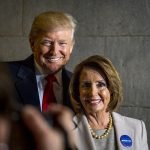 Trump 2020 and the Cost of Russiagate

The Correspondent Decides To ‘Unbreak’ U.S. News From Amsterdam