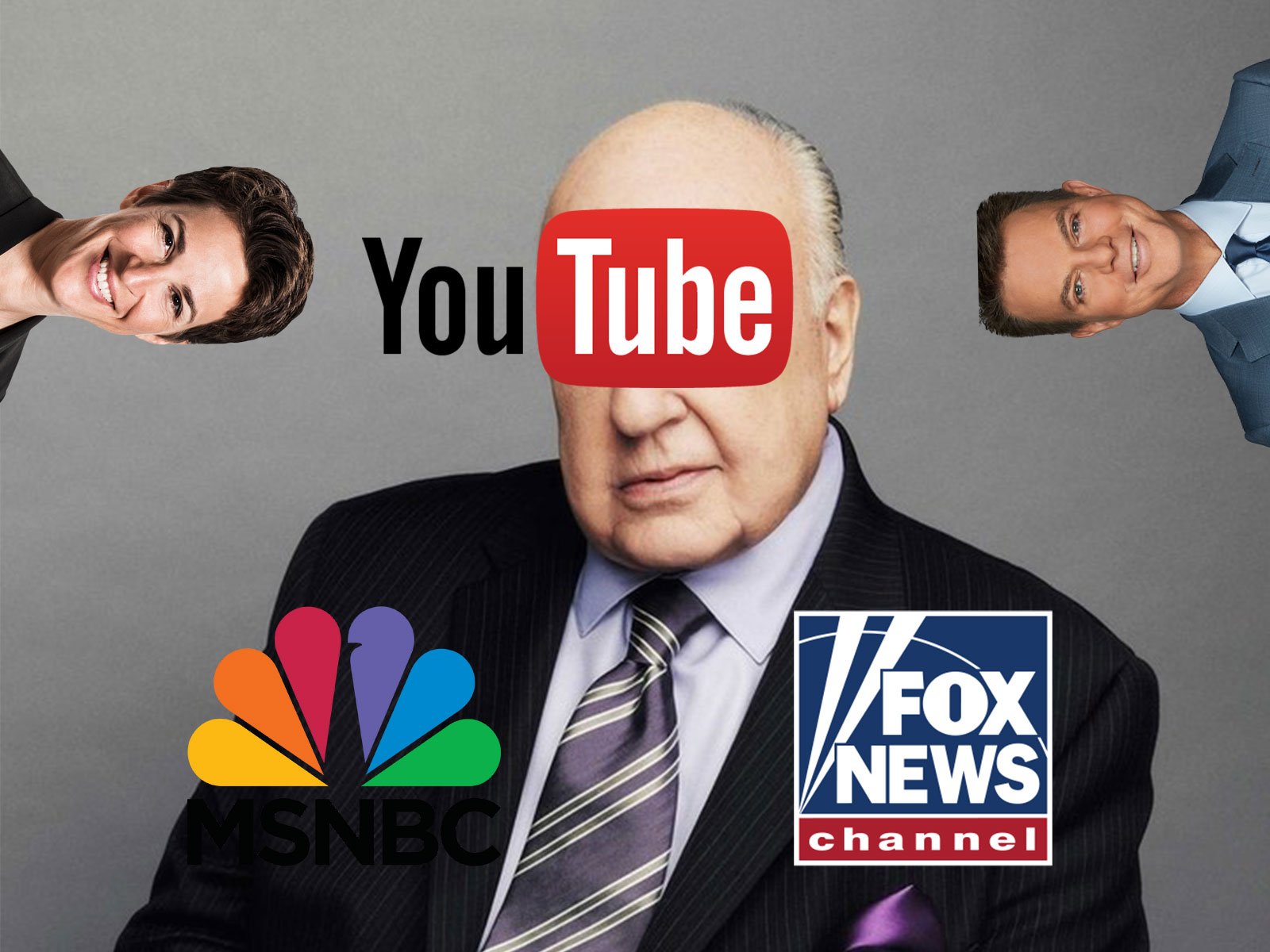 How Liberal Media, Fox News, and YouTube Manipulate the Progressive Discourse in the U.S.

Smith solidified his role as Trump’s Fox-approved critic after his impassioned takes on the infamous Trump Tower meeting, widely cited in mainstream media as a “bombshell” that proved Trump-Russia collusion. “The deception is mind-boggling, and there are still people out there who think we are making it up,” Shep told Fox News’s Chris Wallace in 2017. (Special council Robert Mueller, who was tasked with investigating “Russiagate,” eventually declined to charge Donald Trump Jr. for meeting with a Russian lawyer, because it would’ve been “difficult to prove the participants knew their conduct was unlawful.”)

Because of Shep’s embrace of “resistance” talking points on the Trump phenomenon, pundits tend to describe him as the “one sane soul” in Fox’s roster of racist and militarist media operatives. “Fox News anchor debunks Fox hosts’ rhetoric,” claimed CNN commentators, as they praised Shepard for disagreeing with Trump’s description of immigrants as “invaders.” “How Shepard Smith diverges from the rest of Fox News,” analyzed The Washington Post in a video filled with examples of Shepard’s dissent. (It has to be noted that both CNN, guided by the man who powered Donald Trump’s rise from Reality TV star to U.S. President, and WaPo, which routinely gives a platform to professional racists and militarists, use the same tactics to appeal to Trump voters through their “opinion” sections.)

It made sense for Smith to take on the mantle of designated Trump critic. The anchor has been voicing alternative viewpoints on the right-wing network for decades, including arguing for the public option and against Fox News’s defense of BP. More recently, Smith questioned Trump’s hawkish foreign policy toward Iran, claiming that the “timeline on Iran decision ‘doesn’t make any sense.’”

To be clear, there’s no question in my mind where Shepard’s loyalty lies. He publicly expressed his love for Roger Ailes (the founder of Fox News Channel, who worked as media consultant for Republican presidents Nixon, Reagan, and Bush, and is largely responsible for dissolving the line between U.S. journalism and entertainment through sensationalist political coverage) after Ailes died in 2017. Shep described Ailes as a “revolutionary, media genius, shaper of American history, uproariously funny man, with now well-documented flaws.”

What’s important is not Shep’s real motivation, but the value he and other selectively “enlightened” pundits bring to Fox News at a time when liberal media refuses to give progressives any airtime.

You don’t have to be an expert in political science and marketing to realize that — regardless of where he actually stands — Shep’s role at Fox News is beneficial for the network’s credibility and reach. His “progressive” monologues help build the perception that Fox News welcomes dissenting opinions, which is amplified by commentators in liberal and progressive media circles who put Shep on a pedestal for refusing to be like other right-wing pundits. This arrangement is a win-win for Fox News, which not only gets to reach progressive audiences, but to also frame how progressive ideas and journalists are perceived in the mainstream, down to the level of headlines, video descriptions, tags, editing, and so on.

Shepard’s role is similar to that of Tucker Carlson, another popular right-wing personality, whose “questioning” of Trump’s foreign policy has earned him similar praise from liberal and progressive circles. “Look,” some commentators on the left say, “Tucker might be a xenophobe and a racist, but he is doing a much better job than CNN and MSNBC in promoting anti-war perspectives in the mainstream.”

Unfortunately for the majority of us, those commentators are correct — as FAIR (an organization challenging media bias) has previously reported, Comcast’s MSNBC has ignored Trump’s most devastating war in Yemen, supported the Trump administration’s coup attempts in Venezuela, and provided a platform for retired military pundits to regularly promote the talking points of the military-industrial complex. In doing so, the executives and media operatives who control the most influential “liberal” platform in the U.S. have exposed themselves as paid diversionists, rather than resistance leaders.

As Noam Chomsky likes to remind us, if the pundits delivering liberal news weren’t following Comcast’s directives, they wouldn’t occupy key “elite media” positions in the first place. At the end of the day, MSNBC’s star anchors have much more in common with people like Roger Ailes than those who represent the working class in the U.S.

Rachel Maddow in particular has admitted she considered Ailes a “friend” and a “mentor.” “For all of my differences with him he kind of invented the genre,” Maddow said in an Access Hollywood interview after Ailes’s death. “I considered him to be a friend,” she said and admitted they regularly discussed “the color of my set, my angle toward the camera, and my tone of voice.”

Much has changed since that interview for Maddow, as she and other MSNBC hosts saw a steep decline in viewership after Attorney General William Barr reported that special counsel Robert Mueller “had found no collusion between Trump and Russia’s efforts,” as reported by AP News in March, 2019. “Meanwhile,” the article goes, “her head-to-head competitor on Fox News Channel, Sean Hannity, saw his audience soar on Monday to 4 million viewers, a 32 percent increase from his average.”

It’s not hard to figure out that MSNBC’s deliberate choice to ignore and attack progressives presents a golden opportunity for Fox News. One could easily make the case that Fox News and NBC News need each other to protect the interests of the U.S. oligarchy. It suits the ruling class to have personalities on right-wing TV, like Tucker Carlson and Shep Smith, represent anti-war, populist ideas in the mainstream, as that makes it convenient for “centrist” warhawks and “pragmatic” dealmakers on MSNBC to support U.S imperialism by being against anything that appears on the right-wing network, be it racist dog whistles or actual adversarial journalism.

Unsurprisingly, liberals’ self-imposed constraints have helped Fox dominate the news industry. According to AdWeek, in 2018 Fox News averaged “its largest prime time audience in the 22-year history of the network; and for the third year in a row, finished as the most-watched network on cable television and the fifth-most-watched network across broadcast and cable.”

Does winning the TV news wars translate to dominating platforms like YouTube? Many would say “no” and argue that Google-owned YouTube is somehow a leftist company which favors progressives. But while the idea of a leveled playing field on social media is comforting, the profit motives and business models of those controlling the social media feeds suggest otherwise.

What matters most to Facebook, Google, Twitter and other attention-sucking surveillance companies is user engagement—and the way they generate the most engagement is by recommending content filled with misinformation and political extremism.

If the data on AlgoTransperancy (a website which lists the most recommended content on YouTube) is accurate, YouTube heavily relies on divisive Fox News videos for its recommendations, which are responsible for 70% of the content watched by its users. To illustrate YouTube’s affinity toward right-wing propaganda, here’s a list of the most recommended Fox News videos for July 7, 2019:

For comparison, here’s what videos YouTube recommended the most from CNN, NBC, ABC, and The Guardian on the same day:

Google/YouTube are clearly catering to Trump’s base by recommending Fox News’s propaganda more than any lefty (much less independent progressive) shows which rarely, if ever, make it to the list of recommendations. Once we take a look at other most recommended content by YouTube’s algorithm, the strategy to maximize “watch time” — embraced by the culture wizards of Silicon Valley — becomes even more clear:

If you think this data is selective, feel free to search algotransparency.org for any given day and see for yourself how YouTube mixes Fox News videos like “The Truth About Global Warming” with sensationalist garbage, sex scandals, and Trump-neutral takes from CNN and NBC News.

This wouldn’t be the case if YouTube provided data about its mysteriously chosen recommendations, but since that’s not in the cards we can only guess the extent to which YouTube amplifies right-wing content to maximize profits. According to one employee cited in Bloomberg, YouTube’s “alt-right” vertical is comparable to categories like “music, sports and gaming” when it comes to the most popular channels on the platform. I leave it up to those who think otherwise to explain YouTube’s “liberal bias” and censorship of conservatives.

I don’t blame progressive journalists who appear on Fox News to engage with conservative commentators and reach a wider audience. In the absence of adversarial media on the mainstream left, efforts to break the corporatist and militarist consensus on the nightly news should be encouraged.

Nevertheless, we should be aware of the consequences of letting Fox News hijack and exploit the progressive movement by pandering to progressives in-between the right-wing network’s regular racist and militarist coverage. In the age of micro-targeting and algorithm-controlled news, we can’t count on sporadic Fox News appearances, YouTube shows, and Twitter threads to save us. We need to support platforms that are truly progressive and independent from Comcast and News Corp, and to stop wasting our attention on platforms and personalities whose job is to manipulate the public. 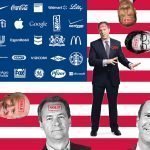