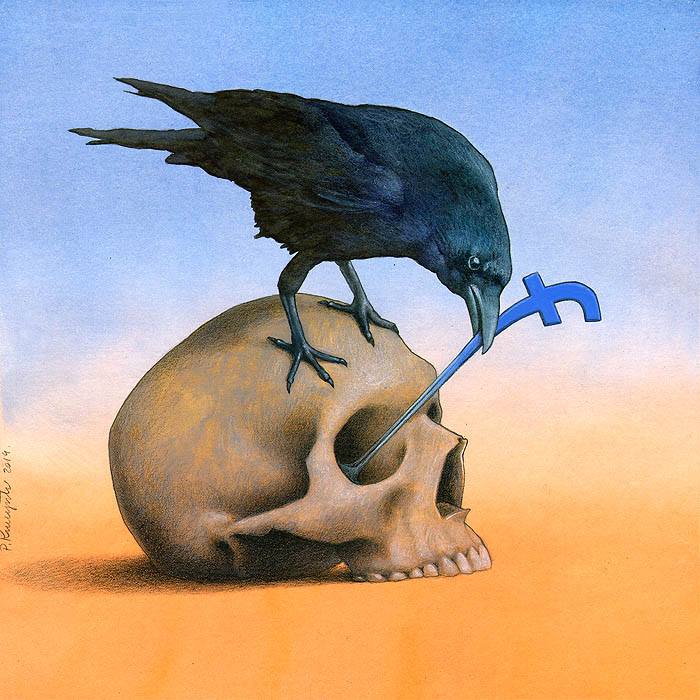 Social media companies are in the news again. One might even say that they’ve become the news—their executives and mysterious algorithms choose what search results billions of us see first, what videos and articles we watch next, and whose accounts get to be legitimized and projected to the public. Social media’s “recommended content” is a trap which puts our collective and individual attention at the mercy of the marketplace.

Gone are the days when Facebook/Instagram, Google/YouTube, Twitter and other early social media colonizers were presented as a leveled playing field for good ideas. The veneer that made us obsess over our Facebook “timelines” or believe that Twitter can amplify grassroots movements has vanished to reveal what those companies actually do, which is getting paid to disseminate highly targeted propaganda to billions of people, while using our personal data to improve targeting—a vicious cycle that propagates the inequality and corruption present in corporate media. These days, social media feeds are filled with blue-checked establishment figures whose networks, influence, and ballooning ad budgets help promote the same talking points one would see on TV, but in fewer characters and with even lesser accountability.

Much like their head executives, social media companies have become symbolic of the elitism and self-importance which has defined mainstream culture. Regular people have no value or rights on those platforms, other than the possibility of being potential ad buyers and providing an ever-evolving consumer profile of themselves to the U.S. government and information business industry. “Social” media is in fact social control.

To use the most obvious example, some of Facebook’s own employees, investors, ex-CEO and “born again” executives have been clear about the manipulative, profit-driven nature of their product from its very inception. Even though new critiques of the platform vary in terms of specificity and calls-to-action (ranging from breaking up the company, to replacing its founder Mark Zuckerberg, and encouraging people to #DeleteFacebook) they all touch on the same underlying issue—Facebook’s business model harms its users and the public at large by favoring those with the biggest ad budget over everyone else.

Some argue that participating in Facebook’s manipulation engine by continuing to pay for political ads is a necessary evil that can help up-and-coming politicians stand out from the crowd. But is that a viable long-term strategy? If people knew that the money donated to a politician would end up in Facebook’s coffers, would they still be excited about supporting their candidate? And how sure can we be that paid ads would have the same reach on the Left, when Zuckerberg and company have clearly indicated their preference for centrist and right-wing “fact checkers” and news outlets?

“Free speech and paid speech are not the same thing,” Facebook employees recently wrote in an open letter to Zuckerberg, as reported by the New York Times. “Misinformation affects us all. Our current policies on fact checking people in political office, or those running for office, are a threat to what FB stands for. We strongly object to this policy as it stands. It doesn’t protect voices, but instead allows politicians to weaponize our platform by targeting people who believe that content posted by political figures is trustworthy,” the letter continued.

The public outcry came as a response to Zuckerberg’s decision to let politicians post advertisements on Facebook that include false claims. In the letter, the disgruntled employees state that Mark’s decision “communicates that we are OK profiting from deliberate misinformation campaigns by those in or seeking positions of power.”

Facebook’s profiting from spreading misinformation has been an open secret for some time. Just three days before the New York Times published the letter, it was revealed that Breitbart, a far-right website with close connections to Trump, will be featured as a “trusted source” in Facebook’s newly-unveiled “News” tab. Then there was the revelation that Zuckerberg, who at 19 described early Facebook users as “dumb fucks” for handing over their information, was reported to have had off-the-record talks with conservative pro-Trump pundits such as Tucker Carlson and Ben Shapiro.

This is just October’s Facebook-related news. The sheer amount of criticism toward the company, especially during the past two years, has reached such monumental proportions that there are at least three or four scandals that are auxiliary to the most current one. For example, last year the Times reported that the company hired a right leaning opposition research firm called “Definers Public Affairs” to push conspiracy theories about George Soros, a frequent target of right-wing conspiracists worldwide. Zuckerberg, the “face” of Facebook whose shares give him 53.3% voting rights in the company, said he didn’t know about Facebook’s ties to the conservative PR firm.

Given Facebook’s well-documented unwillingness to improve, perhaps it’s time to focus our attention elsewhere. Rather than listing the company’s assembly line of issues (almost every state attorney general in the U.S. is now investigating the company for antitrust violations), or defending its ability to secretly target its users, it’s worth reconsidering how we perceive such platforms in the first place. This process could start with questioning the ways in which social media companies have limited our expression.

Does expressing ourselves through image-only feeds and 280 characters help us, or the companies that are tabulating and exploiting our digital habits? Does it make sense to entrust a small group of Silicon Valley technocrats with managing what is essentially public communication, given profit will inevitably be placed above public health? Why do companies, politicians, nonprofits, advocacy groups, and others continue to invest thousands of dollars in Facebook and other platforms after all the dirt that has come out in recent years?

These questions shed light on a problem that requires much more than a simple retooling of the algorithms. When we look beyond the myths that propelled and reinforced such companies in the mainstream, we see that the phrase “social media” was simply a clever way to trick the public into subscribing to highly manipulative and addictive channels of information.

To be clear, there are no good players in this space. Google (which owns YouTube) faced its own PR nightmare in 2018 when 20,000 Google workers walked off the job to protest the company’s massive payouts to executives accused of sexual harassment. Similarly to Facebook, YouTube has been accused of amplifying extremist and hateful content via their recommendation algorithm.

The problem isn’t in the availability and efficacy of solutions to social media’s problems. In fact, the fix is astonishingly simple: cut third-parties out of private conversations. Yet, similarly to most corporations, social media giants are unwilling to sacrifice profit in the name of democracy and public health, so they are more than willing to pay fines that represent a fraction of their revenue the next time they are rightfully accused of spreading falsehoods or inciting genocide.

The core issue isn’t about ad policies, but about these companies’ ability to hide behind their algorithms and the nebulous concept of “free speech” every time their practices are questioned or exposed. While their public-facing messaging is about “connecting people,” their internal policies revolve around collecting ad revenue, diffusing accountability, and offering their services to the government and various industries. Therefore, those who support Facebook’s current business model and targeting abilities inevitably end up advocating for a flawed and immoral information ecosystem.

One could easily draw a line between the father of propaganda, Edward Bernays, and his opportunistic advocacy for the “conscious and intelligent manipulation of the organized habits and opinions of the masses,” and the techniques used today by Facebook, Twitter, Google, YouTube, and others to manipulate public opinion and shape the national discourse. The only major difference is that today’s corporations don’t need “corporate psychologists” like Bernays to target the masses at large—they can simply call Facebook and Google support to start running their sponsored, highly-targeted ads.

Predictably, those who subscribed to popular social media feeds are having second thoughts about the whole affair. Many are realizing that there are ways to stay in touch with friends and follow the news without involving corporate and political interests in the process. Now that we know that social media companies are just profit-maximizing entities willing to sell their services to practically anyone for precious ad revenue, it’s worth reconsidering their role in society—not only in 2019, but all throughout their proliferation and infiltration into dominant culture. 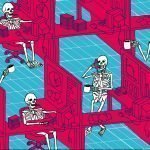 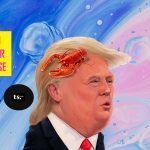