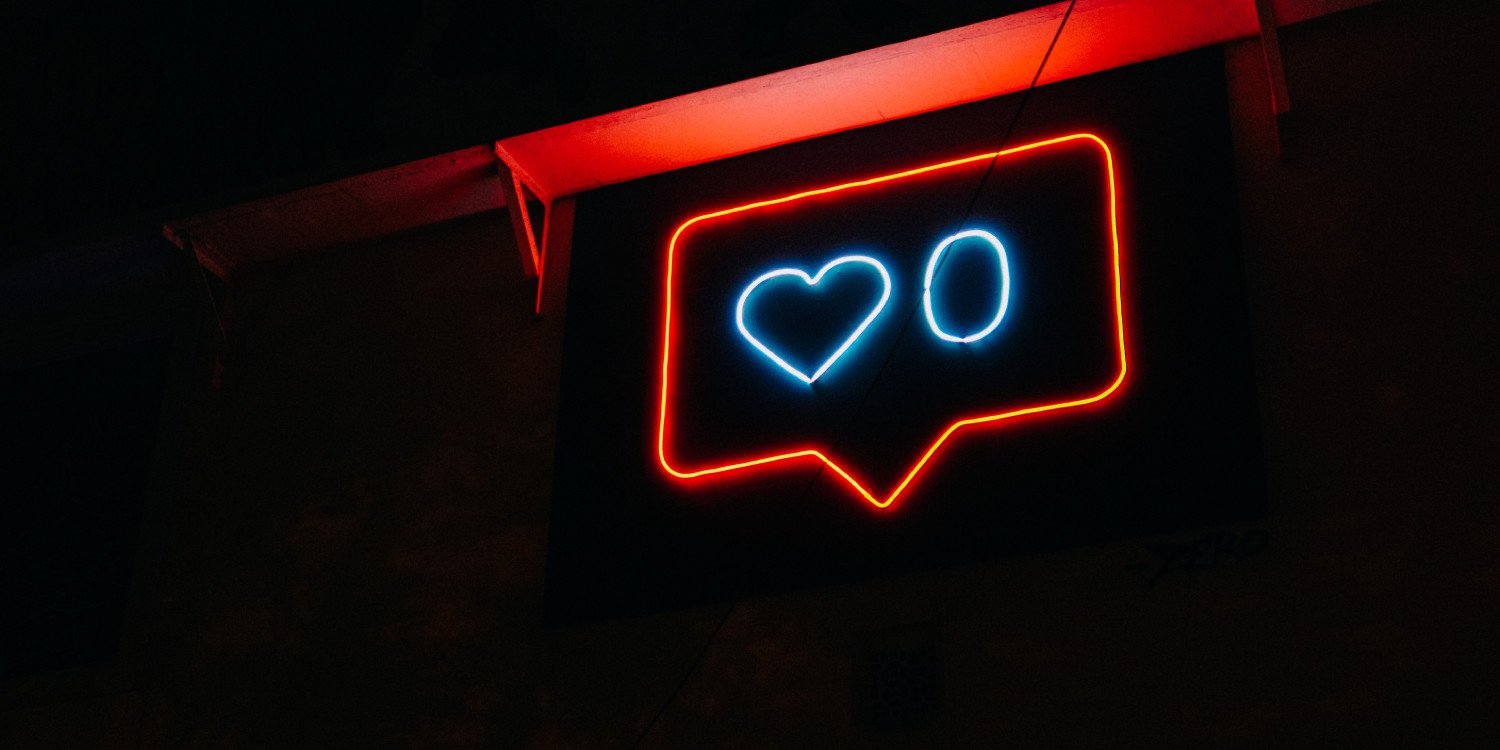 Can We Escape Our Addiction to Social Media?

I know what you are thinking: “Yet another article on social media where someone is going to yap about polarization and algorithms, and what it all means for the state of our democracy.” I don’t think the problem is that complicated.

The way I see it, many of us are addicted to communication “platforms” that are designed to addict us into using them as much as possible. And like any addiction, this one is difficult to admit for a variety of reasons, though it’s no secret by now that social media companies intentionally manipulate our brain chemistry.

“If we open an app every day, developers are satisfied. On social media platforms like Facebook and Instagram, the more time we spend on the platform, the more advertising revenue flows into the pockets of tech companies—attention is currency,” says app developer Peter Mezyk, who describes Facebook and Instagram as “painkiller apps” that revolve around “negative emotions such as loneliness or boredom.”

As someone who works in digital marketing, I’ve spent some time trying to decondition myself from those platforms’ addictive designs. When your job involves spending a lot of time on social media, you either learn to accept how those companies manipulate the public, or you find ways to escape their pull. My articles dating back to 2018 reflect which path I chose to follow:

My opinion hasn’t changed much since I started to write about my own experience in the social media blob. If anything, the recent global advertising boycott against Facebook validates my sentiments, though such actions rarely go far enough in exposing the source of the issue.

No offense to “polarization experts,” but it’s their companies’ social media managers who truly know how social media manipulation works (and can explain it in much simpler terms). The so-called social media “gurus” are the ones who use Facebook and Twitter’s services to target the public. They produce click-bait content that generates “engagement” for social media companies and bring traffic to their websites. They are the ones who are “listening” to the feeds every day and looking for opportunities to “join”—and in the process developing addictions that will probably haunt their offspring.

I believe that all of us, especially those who work in digital marketing, have a moral obligation to face their own addictions and expose these rigged, addictive manipulation machines for what they are—propaganda dissemination services that are ready to work with anyone with a large enough ad budget, be it white nationalist organizations, dark money groups, political campaigns, and everything in between.

The alternative would be to keep pretending that a couple of nonprofits and enlightened tech executives will fix social media’s problems, while we ignore our own complicity every time we ask people to “follow” us.

Instead of discussing social media issues in terms of addiction, manipulative design, and pay-to-play communication models, mainstream outlets and pundits (which themselves depend on social media to reach the public) often focus on the latest social media scandal and those connected to it.

This cycle of personifying social media’s issues (a defining feature of corporate media) lets highly paid executives take the blame, while their “products” continue to do what they were designed to do—get us to chase psychological “rewards” every time we look at our screens.

Because social media companies ultimately serve advertisers, it is usually investors, experts, and product sellers who are allowed to criticize them in the mainstream. The majority of us—those looking for better news sources than corporate TV channels—are rarely asked about our experience of browsing the feeds. Although popular accounts compose their social media posts as if they are addressing the public, the reality of being a casual social media user is lost in the hodgepodge of political and tech jargon that defines social media criticism in the mainstream. Perhaps the ones who feel like they are in the arena would rather not imagine what it feels like to be a spectator.

When we look at social media from the ground up, it becomes clear there’s no real payoff in being a follower in those platforms—mainly because users can’t even follow the content of their choice without having to see the ads and “popular” posts that are sneaked in their feeds. That is great if you are an advertiser or someone who wants to “join the conversation,” but it’s useless if you want to have any control over what content you are viewing. Users who are not after digital clout are better off creating a text document with accounts they want to follow and browsing social media that way, rather than putting machines in charge of their personal content curation.

For these reasons, I consider the majority of social media users (myself included) as lurkers who, by design, aren’t that distinguishable from bot accounts. Perhaps this is why many have come to perceive themselves as “thought leaders” on social media, especially on Twitter, even though the majority of content on there is generated by a “minority of tweeters,” according to Pew Research Center.

Twitter is where addiction to social media truly comes into focus. “All my heroes are dead” has turned into “all my heroes are tweeting,” mainly because Twitter’s sales pitch is a Bernasyian wet dream; “Come join us—we have all the people you admire in one place! Follow them as they express themselves in the form of a haiku. You will, too!”

“The median user tweets just twice each month, but a small cohort of extremely active Twitter users posts with much greater regularity,” states the article from Pew Research Center referenced above. Interestingly enough, the report doesn’t include institutional accounts or any information on Twitter’s advertising services. With those factors in mind, the topsy-turvy nature of the whole enterprise would be even harder to miss.

While the premise of “everything in one place” sounded exciting to kids who were about to enter their college years, it’s now fairly obvious that funneling everyone in places designed to addict us gave social media corporations enormous power over the public discourse. To cling to that power, companies have invested a lot of resources in what I call ‘social media realism’ (inspired by Mark Fisher’s concept of “capitalist realism“)—the sense that social media present the only viable digital communication models and that it’s impossible to imagine an alternative to them.

Portraying themselves as some sort of “neutral agents” is key in maintaining the con, though even a surface level examination reveals how those platforms serve the ruling class in the U.S. and abroad. Another way in which marketers prop up social media realism is through manipulating our desire for expression and human connection. “Facebook is about connecting people.” “Twitter helps grassroots activists.” “YouTube supports independent creators.” These branding exercises allowed social media companies to convince millions of us to sign up.

Mainstream discussions about social media platforms often ignore the specific tools that allow companies to dominate our “timelines.” The competitive advantage provided by expensive social media management software and marketing agencies, micro-targeting, paid “influencers,” troll farms, political partnerships, and other features often take a back seat to over-intellectualized puff pieces about “the role of social media in our democracy.”

What could “average” social media users do about the arsenal of tools used against them, but complain about it on social media (completing the vicious cycle of manipulation and at the same time boosting the sources of it)? How could users even understand their predicament, if the people they admire are tweeting all of the time?

Since I started writing this article many of the people I follow on social media have probably posted numerous times. I can login at any point during the day or night and see fresh content from the same selection of social media accounts.

I often wonder if people truly believe they are using social media to “interact with others” (what the whole thing is supposed to be about), or if they are just hooked on the “rewards” they get in the form of “likes” and “shares.”

One has to wonder what exactly is the payoff from spending so much time on the feeds. Is it gaining more “followers”? What are those followers supposed to do on social media—follow trends and become “thought leaders” themselves? Do we think “the public” will eventually take over and social media companies will change their ways, contrary to their own design and what their corporate and government partners want? I am not sure what the end game is and I doubt those who keep pumping content into social media know either.

I’ve come to the conclusion that it is our collective dependency and addiction to social media that’s preventing us from imagining alternatives to Silicon Valley’s digital experimentation chambers. In other words, there’s nothing inherently special about social media other than the infinite ways in which those companies capture our collective attention.

You don’t have to read my book or buy my course to understand what I mean. I was able to cut my own addiction to Facebook,YouTube, and Twitter through browser add-ons that removed “recommended” content, ads, trends, numbers, and other addicting features (more on that below). The solutions are there, we just have to believe in a world beyond the feeds, which is an increasingly difficult task.

Admitting that we are addicted to platforms that are designed to be addicting opens up a whole new set of possibilities. This is where healing can begin. As one would expect, however, this narrative isn’t prone to social media realism evangelists whose job is to channel our righteous anger toward those platforms into TED Talks, petitions, and other performative actions which do nothing to address social media addiction.

Things are different for those who believe they have to be on social media to compete with their peers. I am not going to tell people with hundreds of thousands of alleged “followers” to quit their Twitter gig. They have to figure that on their own and live with the consequences.

I personally don’t believe in the redemption of social media, so I’ve decided to focus on platforms that cut out manipulative and addictive tech design. Being open about my addiction to the Social Media Enterprise was the first step toward that goal and I highly recommend it if you are struggling with the same issues. Anything short of that ensures that we’ll continue to prop up Silicon Valley’s products which in turn will continue to addict the next generation of “consumers.”

Below, I’ve illustrated how Mozilla add-ons helped me get rid of “recommended” content and addictive design on various social media platforms (I am not a tech expert, so please use at your own risk).

The point I’d like to make is that there are specific ways in which many of us can address our social media addiction today. Of course, mass adoption of these tools will be bad news for tech monopolies as they will lose their precious user “engagement.” I suspect more people will eventually take matters into their own hands and deprive tech overlords from addicting them in the name of profit.

ProgressiveSpeaker.com — a Free Directory for Progressives 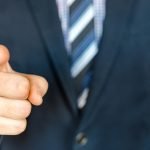 What is Cancel Culture? No One Seems to Know.