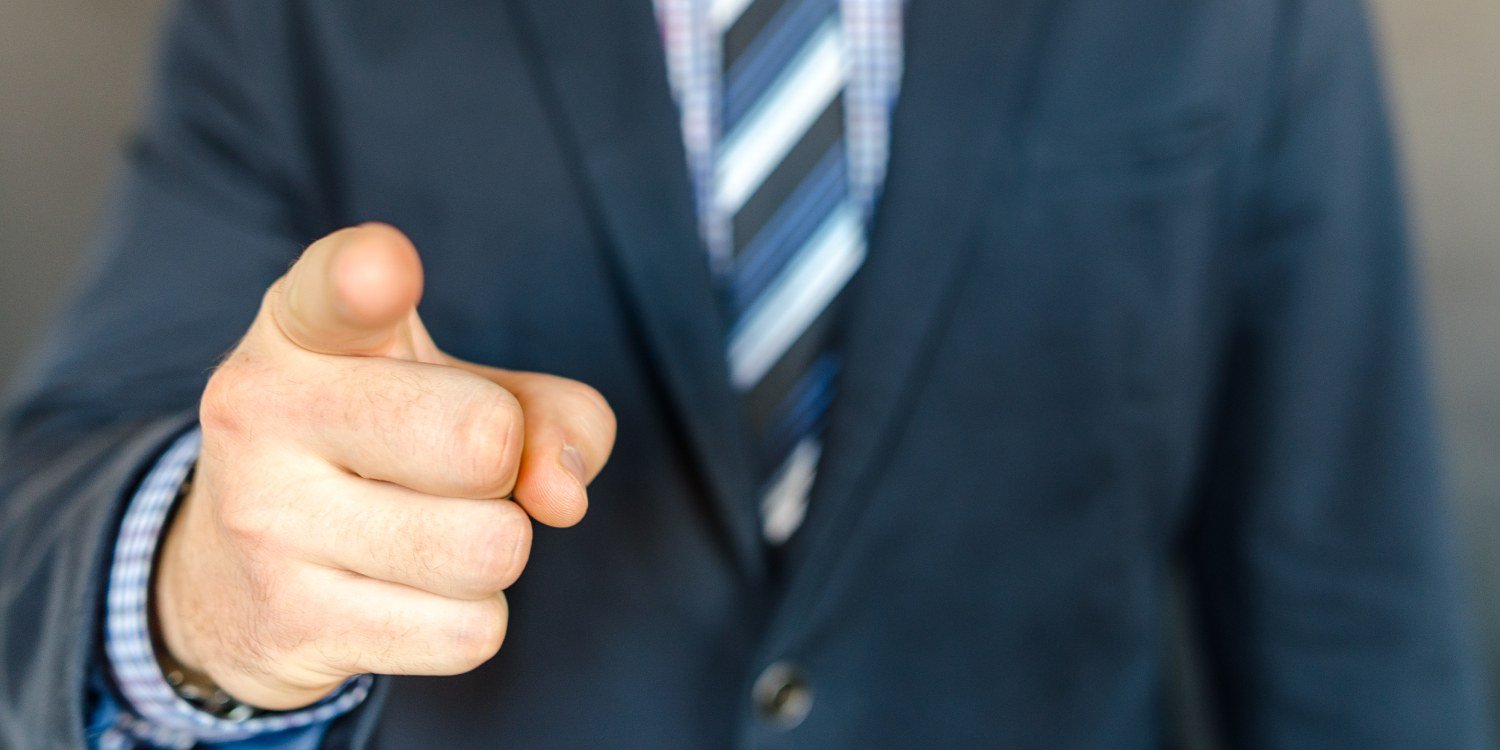 What is Cancel Culture? No One Seems to Know.

What is cancel culture? A number of politicians, journalists, authors, and pundits have passionate opinions about it, but I’ve yet to see a precise description of the phenomenon. As far as I can tell, those concerned with “cancel culture” generally describe it as mob mentality through which groups of people (social media users, bureaucrats, students, professors, etc.) exclude and shame individuals who hold opinions that are contrary to certain standards or beliefs.

Cancel culture critics naturally get to define the thing they so adamantly oppose (usually through their own established platforms). An opinion columnist for The New York Times describes it as an “intellectual exclusion and segregation,” on par with the exclusion of “working-class voices from mainstream media.” An award-winning author and investigative journalist equates cancel culture to “an endless, crotch-sniffing enthusiasm for hunting skeletons in closets” and “a love of snitching and decency committees.” In a much discussed letter, public figures warn against this “new set of moral attitudes and political commitments that tend to weaken our norms of open debate and toleration of differences in favor of ideological conformity.”

During a July, 2020 congressional hearing on Big Tech’s market dominance, Amazon CEO Jeff Bezos, Facebook’s Mark Zuckerberg, Google’s Sundar Pichai and Tim Cook of Apple expressed concerns about cancel culture. “I hope you will really speak out against it,” suggested the Republican politician who raised the question, after explaining how the phenomenon has harmed U.S. journalists and sports personalities.

If you know who those people are, you are probably aware of the cancel culture debate that has taken over popular online attention funnels. But if you have no idea what I am referencing, then you are probably wondering who exactly is doing the “cancelling” and through what means. You might also be curious about those who so adamantly criticize cancel culture. Do they have specific demands against government and corporate censorship? Are they targeting the U.S. surveillance apparatus and the addiction machines that track our every move to prevent workers from organizing?

In that regard, cancel culture alarmists are less specific. Though they point at technology, workplaces, and U.S. college campuses their stand against cancel culture rarely amounts to anything bigger than a collection of events that prove something bad is happening in “higher education, journalism, philanthropy, and the arts.” “While we have come to expect this on the radical right,” the aforementioned letter states, “censoriousness is also spreading more widely in our culture: an intolerance of opposing views, a vogue for public shaming and ostracism, and the tendency to dissolve complex policy issues in a blinding moral certainty.”

How exactly does today’s censoriousness differ from any other time in history? The Internet is the most obvious culprit, but claiming that “it” happens through companies like Twitter is not a sufficient answer, unless one is prepared to explain how platforms that treat most users like products and glorified lurkers also facilitate the cancellation process.

At the very least, those who talk about cancelling “freethinkers” through tweets and posts need to mention how declining “organic” (meaning unpaid) reach has affected independent creators, how Twitter’s verification processes has been “on hold” for years, and how major social media platforms were built to serve and amplify governments and corporations. To be specific — a trait often missing in most decrees about cancel culture — how does our impact on Twitter compare to the top 10% of “power users” who produce 80% of the content on the platform? What does that say about social media’s average users and the power we have over what “trends” and what doesn’t?

In other words, for their argument to be based in reality, cancel culture experts would have to explain how business models that depend on selling ads and preferential placement to investors also serve “median users” who tweet “just twice each month.” Without this analysis, such claims not only go against the design of social media, but they also amplify the myth that anything is possible on those platforms, which is a win for Silicon Valley and its partners.

I suspect this is why commentators who point at feeds and tweets as conduits for ending entire careers don’t bother to explain how that process works in practice. Is it through coordinated tweet attacks? Are “groupthinkers” gaming social media’s algorithms? Is there a collective of oligarchs on the left who are boosting social media content against “heterodox” thinkers? It’s telling that commentators who carefully reference Twitter and Facebook to support their argument against what they perceive as cancel culture tend to avoid specifics that can be easily refuted by anyone who has the slightest idea about the inherently elitist nature of digital marketing today.

Those who warn about the dangers of cancel culture also point to the work of HR consultants who conduct diversity and inclusion training as an example of how cancellations have spread to workplaces. Critics describe such efforts as bizarre performances through which employees do pointless activities only to pat themselves on the back for having gone through them. As with social media, those who use diversity training as an example of what’s wrong with cancel culture fail to interrogate the matter beyond a surface level understanding that fits their narrative. While it’s true that a couple of training sessions wouldn’t do much to address serious issues at work, they are often the first step in acknowledging that such issues even exist.

Sure, the workplace consultancy business is filled to the brim with opportunists who are hired by Management to pretend that employee issues are being addressed. After a couple of sessions they produce a .pdf with vague recommendations and are sent on their way until the next “training.” However, while this routine happens often in the modern workplace, pay disparities, sexism, racism, and other symptoms of a toxic work environment can be addressed in ways that truly get at the heart of the issue. To lump all HR consultants who focus on diversity as highly-paid grifters is to cut out potential solutions to many of our workplace problems.

I have witnessed how such consultants can push Management outside of their comfort zone (and are therefore never invited back). They listen to employees’ issues and are not afraid to question executives about their immoral practices. The fact that they are outsiders allows such individuals to amplify concerns that could’ve been swept under the rug for decades. Are they also participating in cancel culture?

As with social media, what’s a highly controlled, top-down environment is opportunistically described as a “free-for-all” for the average user or worker, even though the latter have little say in matters of actual importance. Knocking down the very idea of diversity training prevents even the slightest chance of employees getting the help they desperately need.

The fact that most workplaces are controlled by people representing white, male patriarchy doesn’t seem to play a role in the “cancelled through HR consultants” talking point. Adding that nuance (which many of us experience in our daily lives outside of Twitterville) would go against the mission of the cancel culture scaremonger, who needs to prove to his readers that people are getting cancelled left and right.

Another argument used in cancel culture debates is about “cancellations” that happen on U.S. campuses. As with social media and diversity consultants, those who use their platforms to speak against cancel culture’s manifestation in colleges don’t bother to examine campus censorship from a structural point of view. Instead, they criticize students and administrators who organize against extreme sentiments expressed by someone in the campus community.

As one can imagine, understanding the problems of students, professors, and administrators from afar is a difficult, if not impossible, task. I doubt that critics who insert themselves in such debates — to the point of using their platforms to argue “for” or “against” the actions of certain individuals — fully understand the power dynamics in those communities.

Similarly to how their vague understanding of social media contributes to cementing the notion of ‘social media realism‘ in the U.S., those who delve into scandals on college campuses may potentially amplify the institutions they claim to oppose. As with other alleged symptoms of cancel culture, the experiences of those directly involved in the issues at hand are quickly disregarded by commentators who parachute their opinion in defense of the next innocent intellectual, whose thoughts (often published in right-wing outlets) have been “misinterpreted” or wrongfully criticized.

This regularly occurring scenario quickly turns into a debate about free speech, which further obfuscates the line between those who are most affected and have the most knowledge about specific issues (and thus comprise the generative base for enacting potential solutions), and those whose job is to manufacture, exploit, and scandalize such cases for their own political and individual gain.

As one can see, the issue with what’s described as “cancel culture” is not so much about facts, as it is about projecting one’s opinion onto anything that can be categorized as censorship by a group of people. Details surrounding who those people are and how exactly they cancel others often take a backseat to the larger narrative that debate is being “restricted” by “an intolerant society,” which “invariably hurts those who lack power and makes everyone less capable of democratic participation.” This mechanism allows pundits to keep writing articles about the dangers of cancel culture in social media, at work, and in college campuses without having to go beyond the next cleverly phrased argument that is pointing to the next alleged “proof” that cancel culture exists.

Such critics are either the last remaining defenders of “open debate” in the mainstream, or actors in a theatrical performance that can only be understood in the context of the censorship-obsessed world they so eagerly criticize from the comfort of their own individual and institutional platforms. 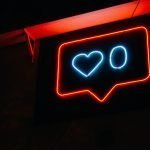 Can We Escape Our Addiction to Social Media? 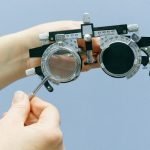 How Social Media Divide and Conquer Their Users