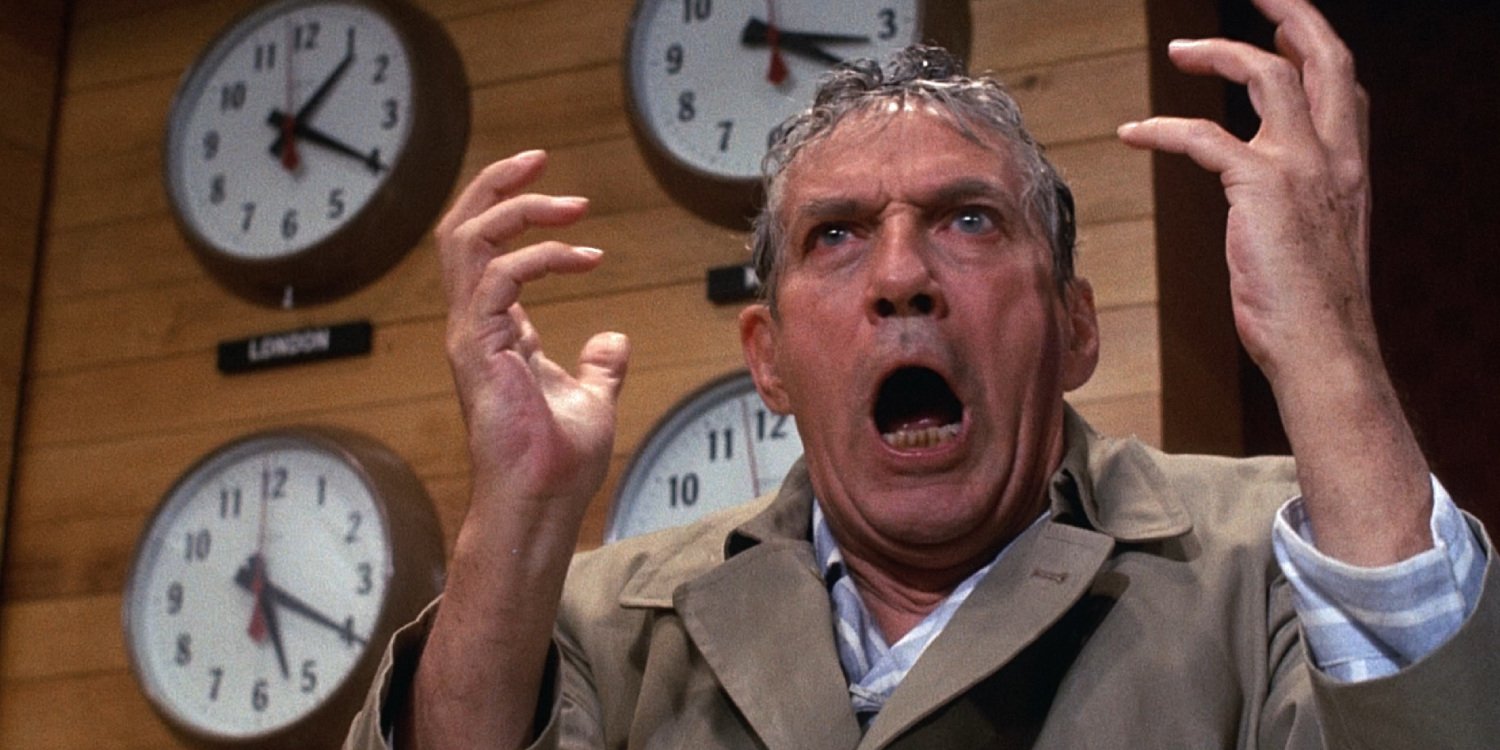 By choice or by necessity, many have accepted the ways in which social media companies deliver information to the public. Scrolling to get to the next target of our attention, or the next reason to procrastinate, or the next ad we don’t care about, is how hundreds of millions of people spend most of their personal and professional time online.

Just look at Twitter, Facebook, Reddit, Instagram, and their “new and exciting” competitors—most of their websites have implemented tools that entice users to keep viewing more content, regardless of how different those companies claim to be. The idiotic thumbnails, the featured accounts, the catchy slogans, the “like and follow,” the login wall, the talking heads pointing at tweets, the proposition to monetize and boost your content—they all converge into a suspiciously similar experience for end users (the ultimate targets) who are prodded to login every day in order to generate “engagement.”

Although some social media monopolizers have acknowledged the issue of overuse by reminding their billions of users to take a break from their screens, the infinite scroll cat is out of the bag and no gentle reminder is going to fix that.

It’s one thing if users were scrolling through the content they chose to follow. However, when paired with the profitability-based recommender systems in most social media networks, infinite scroll becomes the glue that sticks our eyes to whatever junk is served to us by known and unknown ad buyers and the platforms themselves, which work “with a diverse set of companies, organizations and individuals to help them achieve their goals.” The intentional linking between exclusive partnerships, addiction, and “innovative” technology tools is perhaps the most exploitative and psychologically damaging mass experiment in the modern age.

Why are infinite scroll and feeds integral to the social media enterprise? The hook is that they provide updates whenever new content is available. The part that’s often left unsaid is that the feeds aren’t just a source of quick hits. Through the daily habits that infinite scroll nurtures in users, social media companies provide an opening for external interests to invest in ad space around, before, and after what we actually want to see.

While many social media advocates focus on the complexity of social media’s algorithms (usually followed by reasons why they are ultimately useful), the issue of being targeted with external propaganda is plain to see for anyone who has been on those platforms. Scrolling is not just a way to navigate through a large collection of items, but a never-ending game of ignoring external content that is meant to capture and keep our attention for as long as possible. The fact that algorithms are complex doesn’t change that arrangement. Another clever diversion is when commentators place the blame on users (i.e. “they get what they signed up for”), as if the public can easily sidestep the psychological tricks deployed on social media and their widespread use.

Ideally, users would be able to clearly distinguish between the information they chose to follow and the sponsored content that is coming from external influences. Unfortunately for most of us, this level of control is precisely what social media feeds do not provide to users. In order to sell our data and target us, those companies blur the line between what we follow and sponsored posts, while gathering information about our digital habits and creating profiles of us in order to target us even better. Since the interests of users (control over content, protection from manipulative campaigns, etc.) run counter to the business incentives of social media companies and their paid influencers (providing access to users, keeping us on the platforms, and ultimately “monetizing” us), social media executives have to pretend that something is being done to reform what’s fundamentally a rigged and unhealthy environment.

Are small tweaks going to fix these problems for regular users? We can talk about algorithm tinkering for the next 20 years and still be stuck with the same issues, simply because incrementalism puts all the power in the hands of a few individuals, while everyone else keeps scrolling.

It’s important to mention that many in the U.S. and around the world don’t have the privilege to be on social media, much less participate in the “conversations” on there (a fact that is often ignored on such platforms, since their goal is to present themselves as all-encompassing). For example, only 23% of Americans use Twitter and fewer users even post on there, according to a 2021 Pew Research Center study. Another report found that the “top 10% of tweeters produce 92% of all tweets from U.S. users.”

Nevertheless, the bits of text generated by users on Twitter create the appearance that the whole world is witnessing “What’s happening.” The inherent exclusivity present in these so-called public squares is not what these companies, and their most-followed users, want to project. For anyone paying attention, however, it’s obvious that the artificial amplification present in social media environments is also in play when it comes to those companies’ public image, which needs to be fresh and exciting in order to lure more users.

Although not all of us are sucked into the feeds, the negative effects of infinite scroll affect users and non-users alike, simply because social media have become the preferred places for establishment channels, pundits, politicians, and entertainers to inject themselves into the 24/7 news cycle. Even those who claim to fight for “the People” use social media feeds to “reach” the public, which is probably the most depressing aspect of our current conundrum. Will they reform those companies from the inside? Will they outspend their competition in order to trend for a couple of minutes? Will they protect their followers, and the public in general, from being manipulated? The odds are not in our favor and yet we keep scrolling.

The problem is when we accept that we have to see ads about toilet paper, cars, software services, and politicians alongside what we actually want to see. This is when we start to give up control of our minds in exchange for information. It could be 20 seconds before every video, a couple of sponsored posts every now and again, a bot-boosted campaign that takes our attention for a day, or a year-long narrative that aims to divide us. Without addressing the delivery mechanisms of digital manipulation, we are bound to be a part of its conveyor belt, however “anti-Big Tech” we think we are. Pretending this is not a problem is a luxury that only the most successful social media users, who often employ marketing staff and agencies to do “the work” for them, can afford to have.

Many scientists, researchers, journalists, and tech advocates, even the creator of the infinite scroll and other popular social media reformers, have pointed out these issues. Pragmatic solutions, however, are few and far between, especially when it comes to helping regular users. The most obvious one is removing manipulative elements from the feeds, but I don’t see many popular advocates and organizations raising this as their primary focus. For example, you can see this mentioned in the end credits of the documentary “The Social Dilemma” and at the bottom of the “Take Control” page from The Center for Humane Technology, so it’s clear that social media critics are aware of such tools. Unfortunately, the message that often rises up in the mainstream is about fixing the algorithm, soul-searching, something connected to polarization, freedom and democracy, and other ideas and wishes that are not only inconsequential given the severity of what we are dealing with, but also mask the true nature of the problem.

Since it’s highly unlikely that social media companies will limit their access to users by tinkering with their most profitable feature, we are left with many passionate opinions, articles, and documentaries on the topic, but not much else when it comes to solutions.

Some are building communication tools that reject the “logic” of 24/7 advertising by limiting or removing ads on their websites, embracing the idea of “slow internet,” and letting users have control over the content they choose to follow. Instead of building their brand explicitly on popular social media channels, organizations are making direct connections with their audience, so they can communicate without external interests lurking in the background. The opposite, however, is also true—there are new “social media” websites popping up every day in every possible brand, and they continue to use the manipulative designs perfected by Facebook/Meta and their friends to monetize users. It is not uncommon for such companies to pay highly active and popular content producers to publish exclusively on their feeds, which is meant to increase the user base of those platforms.

Where will we find ourselves if we keep trucking on the feeds for the next decade—on a thriving planet or in the dustbin of history? By pointing out and directly challenging the designs deployed on social media websites, including their shallow justifications, diversions, and lack of practical solutions, we can remove ad-delivery mechanisms from our information channels and protect ourselves from external influences. An ad-free feed that serves users is not difficult to imagine, but it won’t happen in an ecosystem that’s already built around diverting and selling attention.

It is up to us to defend our brains against the psychological experiments in those platforms and create a world that’s based on true connection and transparency, rather than screen addiction and daily deception. 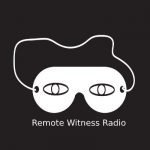 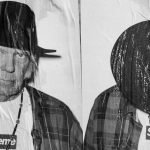