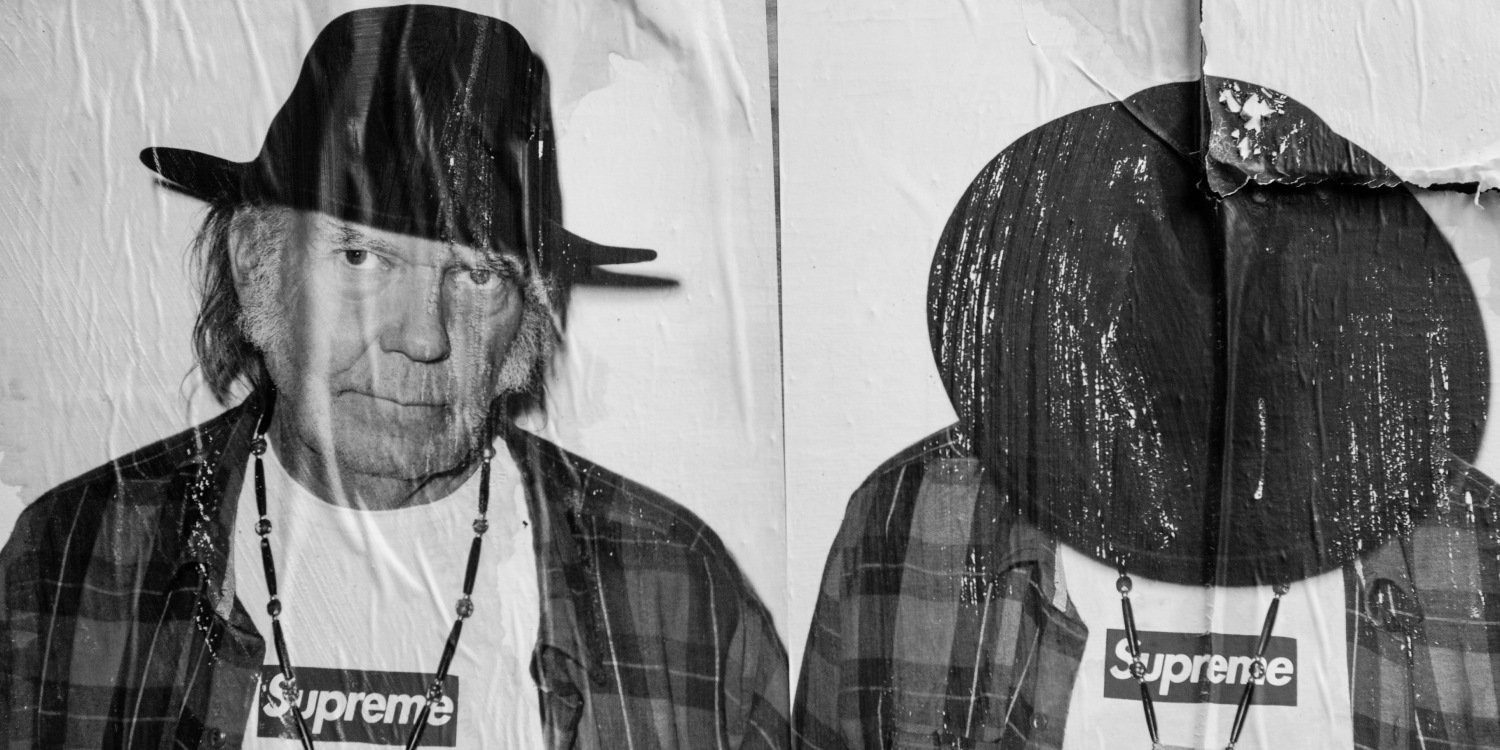 Recently, legendary musician Neil Young took a stand against misinformation on Spotfiy, an audio streaming and media services provider founded in 2006. “I want you to let Spotify know immediately TODAY that I want all my music off their platform. They can have [Joe] Rogan or Young. Not both,” Young wrote in a letter to his management team and record label, citing that Spotify is “spreading fake information about vaccines—potentially causing death to those who believe the disinformation being spread by them.”

It’s no secret that the company, which is the world’s largest music streaming service provider with over 381 million monthly active users, doesn’t pay artists nearly enough to support themselves. This has compelled a number of famous musicians to criticize Spotify and remove their catalogues from it for a limited time. I don’t know of any journalist or popular commentator who has made a sensible case in support of Spotify’s unfair artist compensation practices. It also makes sense that musicians, rather than social media influencers, should be the primary subject matter experts on the topic, as they are the ones who are most affected by similar streaming services.

Young’s statement, however, popularized an entirely new issue concerning false information on the platform as it relates to Joe Rogan’s podcast, which Spotify acquired through a licensing deal that cost them “more than $100 million.” Given the topic of the controversy, many writers in the U.S. voiced their opinions through various organizations, platforms, and social media feeds. Since quick responses to current trends generate the most engagement on social media, it was no surprise that articles against Neil Young’s decision were already being published and promoted before any additional statements and reporting had come out.

A piece titled “Censoring Joe Rogan Is No Solution to Vaccine Misinformation,” written by Jacobin writer Branco Marcetic, included the following subheading—”Rogan at his worst couldn’t do as much damage to public trust in science as the political and scientific establishment has during the pandemic.” In his Substack article, “The Folly of Pandemic Censorship,” Matt Taibbi stated that “If you wipe out critics, people will immediately default to higher levels of suspicion. They will now be sure there’s something wrong with the vaccine … The Substack people, thank God, still get this, but the censor’s disease of thinking there are shortcuts to trust is spreading,” Taibbi wrote. Another popular commentator, Glenn Greenwald, described the situation as “the most illustrative episode yet of both the dynamics at play and the desperation of liberals to ban anyone off-key.” “All factions, at certain points, succumb to the impulse to censor. But for the Democratic Party’s liberal adherents, silencing their adversaries has become their primary project,” he posted on his Substack account.

In other words, Neil Young’s statement was used to generate various talking points about the dangers of taking a stand against Spotify (even as it pertains to one’s own work)—a slippery slope that would surely lead to authoritarianism and censorship, according to a number of award-winning writers. Others chose to believe that addressing the issue would be an experiment in futility, since Rogan is “just one of many purveyors of COVID misinformation.”

As it often happens, right-wing media outlets and organizations were quick to adopt a framing of the issue that’s beneficial for their own interests. “Neil Young Attacks Joe Rogan,” Fox News claimed in one of its headlines. “It’s terrifying to see the censorship regime we live in and it’s not just Neil Young, it’s many people on the left,” a Fox panelist said in a discussion about what happened. To their credit, Fox presented an alternative viewpoint on their panel—something that was strangely missing in the blowhard articles that quickly condemned those who support Young’s actions.

Soon enough, even juicer “takes” surfaced in the feeds. “Do not expect Spotify or any other corporation to make normal business decisions on Joe Rogan (and censorship, generally) in the face of this rising government-media communist pressure campaign,” tweeted the president of Judicial Watch, a “conservative foundation.” Another tweet by popular conservative commentator Megyn Kelly praised Greenwald’s article, claiming that he is “better than anyone at explaining the hypocrisy & dangers of the Left’s censorship mob. The part about ⁦spoiled, holier-than-Thou Chelsea Clinton is particularly good.” “Nobody has stronger opinions about Joe Rogan than people who have never listened to Joe Rogan,” Edward Snowden posted on Twitter, followed by, “But sure, blame the magic, third-eye radio man for the decline of basic trust in institutions. Throw him in the volcano and we’ll have world peace by Monday.”

It’s anyone’s guess what Young’s stand against COVID misinformation on Spotify has to do with “communist pressure campaign,” “Left’s censorship mob,” and “decline of basic trust in institutions,” but such characterizations are perfect for Twitter. In his response to allegations of censorship, Neil Young stated that he supports free speech. “I have never been in favor of censorship. Private companies have the right to choose what they profit from, just as I can choose not to have my music support a platform that disseminates harmful information. I am happy and proud to stand in solidarity with the front line health care workers who risk their lives every day to help others,” he wrote.

What happened after the dust had settled? As expected, Spotify chose to get rid of Young’s music. Then, more information came to light. Content from leaked messages published in The Verge revealed an “internal company content guidelines” page, which consisted of a few sentences that “seemingly allow podcasters to say the vaccines cause death—just not that they are designed to cause death.” Clearly, these “healthcare guidelines” are not sufficient to protect Spotify’s millions of listeners from being manipulated. Spotify responded to mounting criticism by stating it will add “content advisory to any podcast episode that includes discussion about Covid-19.” The company noted that it will “publicly post its long-standing Platform Rules, which were originally developed by its internal team.”

Rogan responded to the backlash by pledging that he will try harder “to balance out these more controversial viewpoints with other people’s perspectives, so we can maybe find a better point of view.” “I don’t know if they are right,” the podcaster said in his message, referring to the specific guests who were accused of spreading misinformation on his show, “I don’t know, because I am not a doctor, I am not a scientist. I am just a person who sits down with people and has conversations with them. Do I get things wrong—absolutely! But I try to correct them.”

Rogan added that he has no hard feelings toward Neil Young and Joni Mitchell, another legendary musician who expressed solidarity with Young’s actions and removed her music from Spotify. Rogan also admitted that he is a fan of the two musicians. Compare the podcaster’s response to Greenwald’s description of Young and Mitchell as a “couple of faded septuagenarians from the 1960s.”

Joe Rogan’s take on the matter is similar to how he has responded to previous allegations of platforming controversial figures, such as members of the so-called “Intellectual Dark Web” (many of whom came to Spotify’s defense during the recent controversy). Rogan’s answer doesn’t account for the network effects and scale of the platforms that profit from pushing controversial content for clicks to millions of people. Unfortunately, those who understand how paid reach works and is deployed on social media are not the ones whose opinions reach the mainstream. Instead, issues concerning tech literacy are relegated to online commentators with big social media followings who have bones to pick and agendas to push, regardless of what happens on the ground.

In a bizarre twist, Spotify and Rogan’s responses to Neil Young’s actions appeared to be more levelheaded than the initial online condemnations. All of the sudden, the preemptive attacks against Young and those who support him, the hollow justifications that attempted to undermine the misleading views promoted on the podcast, and the ageist and sensationalist posts that aimed to generate the most online engagement, became meaningless. Will these commentators adjust their positions now that it’s clear how Spotify’s internal policy leaves a considerable gap for anyone who promotes false medical information? I suppose many will stick to their guns and claim that what Rogan and Spotify did was because of optics and self-preservation, rather than increasing public pressure against a powerful corporation. It’s easy to blame faceless “online mobs” when you are unable to produce a sound argument.

In the end, the fervor which characterized various manifestos about “censorship” was subdued by the reality of the situation. It turns out that artists who produce and share work on popular streaming platforms should be able to voice their opinions on how those platforms are managed. Who knows, their actions may lead to better conditions for all artists and the public at large. Yet, it’s now clear that any stand against such services, even when it comes to one’s own contributions to them, will be criticized by the Defenders of Online Speech, whose expertise in digital marketing and free speech guides their infinite pursuit of Justice.

I believe that critiques that are voiced and disseminated online should be considered according to their merits, rather than being described as actions of a progressive, liberal, or right-wing “online mob.” Last but not least, the fact that social media companies and streaming platforms do not serve regular users, but ad buyers and exclusive partners, should prompt more reflection in popular commentators before they start to reflexively defend the rights of private companies that have monopolized various online services. 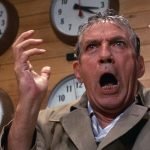 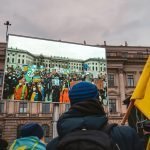